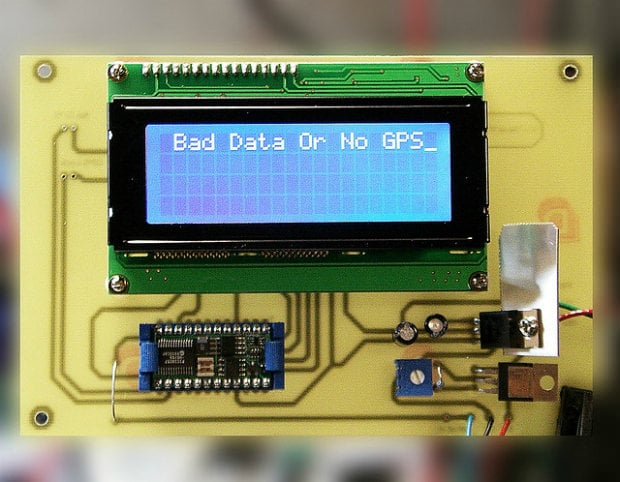 It’s strange to think that cartography laws could somehow affect the functionality of your camera overseas, but a recent article on Ogle Earth points out that just such a thing has been going on with GPS-enabled cameras as far back as 2010. The whole “investigation” into the matter began with the release of the Panasonic TS4 earlier this year. For some reason the press release cautioned that the GPS in the camera “may not work in China or in the border regions of countries neighboring China.”

But after doing some digging they discovered that these restrictions are not limited to the TS4, nor are they even limited to Panasonic. In fact, many major manufacturers go to great lengths to conceal or toss away the location data captured by GPS-enabled cameras when you’re taking photos in the People’s Republic of China.

Panasonic, Leica and FujiFilm prevent their cameras from displaying location information when in China. Nikon and Samsung appear to restrict location information in some other way. Sony, Canon, Pentax, Casio and Olympus do not interfere with the GPS function of their cameras when in China (or at the very least do not admit to it in their manuals).

But even those last five, while not admitting to interfering with your GPS directly, caution that some countries restrict the use of GPS and that one should contact the appropriate embassy and turn off GPS tracking if necessary. The ultimate question though, is why does this even matter?

Why does all this matter? Wherever local laws prohibit the sale or use of a personal electronics device able to perform a certain function, manufacturers have traditionally chosen not to sell the offending device in that particular jurisdiction, or — if the market is tempting enough — to sell a crippled model made especially for that jurisdiction.

[…] The risk to consumers in freer countries is that personal electronics brands might be tempted to simplify their manufacturing processes by building just one device for the global market, catering to the lowest common denominator of freedom — especially if the more restrictive legal jurisdictions contain some of the most attractive markets, such as mainland China.

For a more in-depth look into this issue (including direct excerpts from all of the manuals) be sure to check out the whole article over on Ogle Earth.