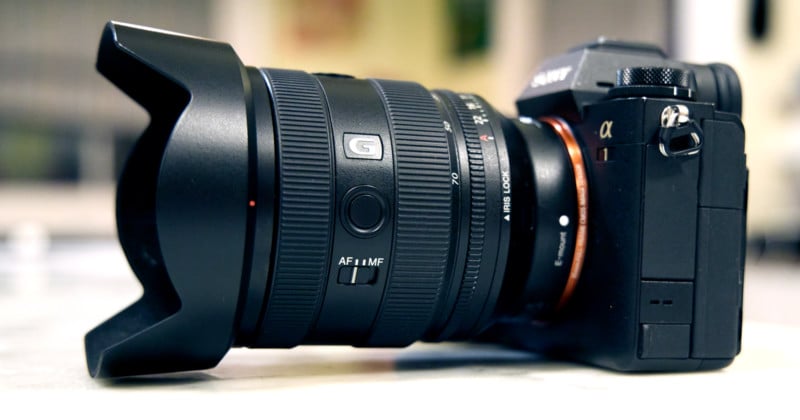 The company says it has developed this lens for photographers and photographers looking for a “small, versatile lens for everything from vlogging to portraits.” Sony says the lens offers “no compromises in image quality, AF, or movie operability.”

The FE 20-70mm f/4 G lens is the 71st Sony E-mount lens (the 48th full-frame lens). The lens weighs less than 17 ounces (488 grams) and measures 3.89 inches (99mm) when closed. The front of the lens has a standard 72mm thread for filters, and the lens’s internal focusing eliminates the front element’s rotation, making using circular polarizers and variable ND filters easier.

Internally, the lens has two XD Linear Motors, the focus actuators initially found only on G Master lenses. Sony says the motors provide “smooth and silent” focus for video and that the use of linear motors allowed for the compact design of the lens. 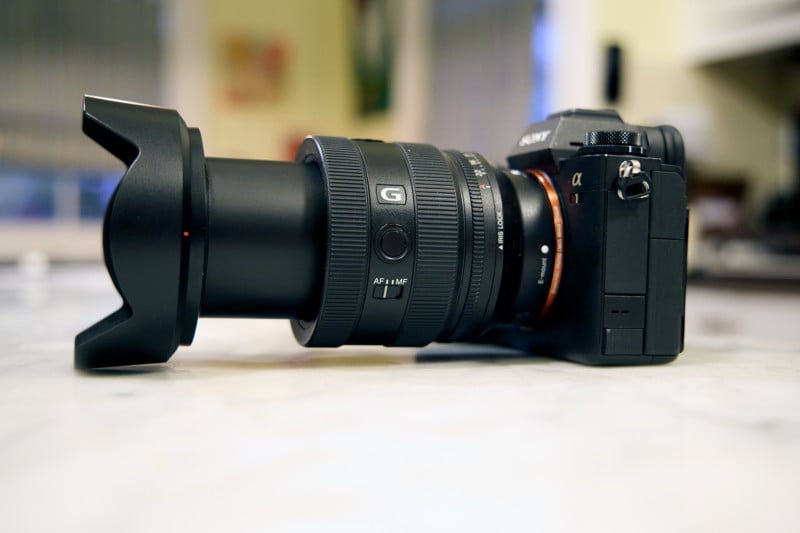 Optically, the 20-70mm f/4 G lens has dual AA (Advanced Aspherical) elements, three ED (Extra-low Dispersion) glass, one ED aspherical lens, and one aspherical lens, designed to work together to minimize chromatic, spherical, and other aberrations. A fluorine coating on the surface of the lens reduces water and oil from adherence and makes the lens easier to clean.

Sony says the lens delivers 95% or better contrast at both ends of the focal range (at 10 lines/mm).

The lens has a .39x maximum magnification and a close-focus distance of 9.8 inches (.25 meters) at the 20mm distance (in manual focus, AF minimum focus distance is slightly farther away.)

The lens barrel is dust and moisture-resistant and has rubber gaskets at the switches and a rubber ring at the lens mount. The body of the lens has an aperture ring with an iris-lock control to prevent accidental shifts of the aperture.

The lens barrel also has two programmable focus hold buttons, a click/declick switch for aperture, and a manual or autofocus operation control. 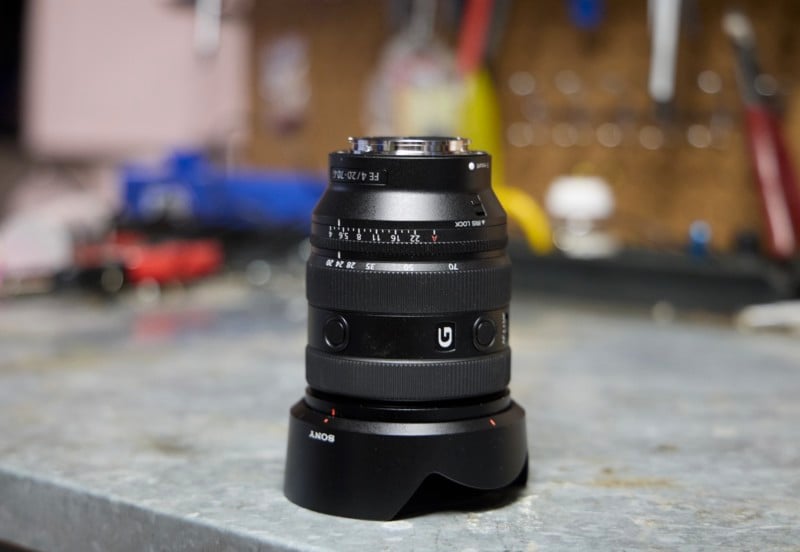 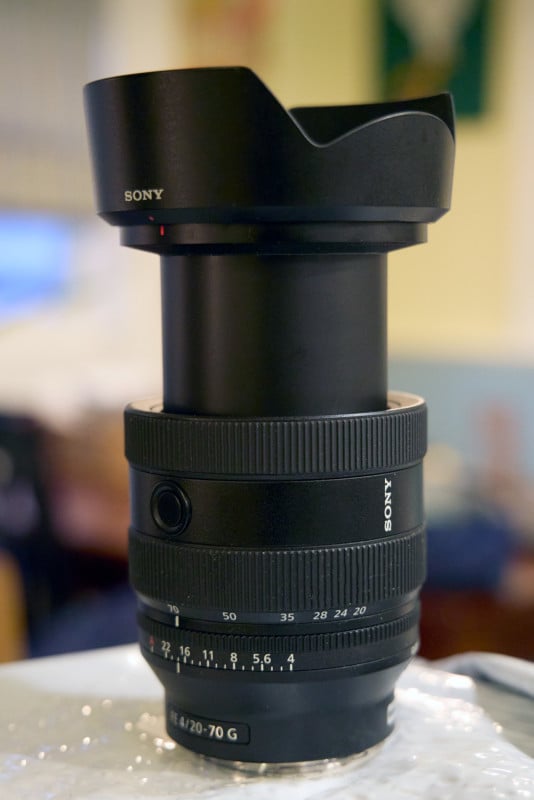 The Sony 20-70mm f/4 G will be available somewhere around the end of January through the beginning of February for $1,099.