Last week, Canon and The Hollywood Reporter hosted a premiere of the animated short film The Forest Haunt whicih was created thanks to a partnership between Canon and actor Joseph Gorgon-Levitt’s production company HitRecord. The team leveraged Canon’s in-development AMLOS remote working system to collaborate with hundreds of people around the world as if they were all in one place.

The full AMLOS system of software and hardware is scheduled to be available this summer, though final pricing has not yet been revealed. 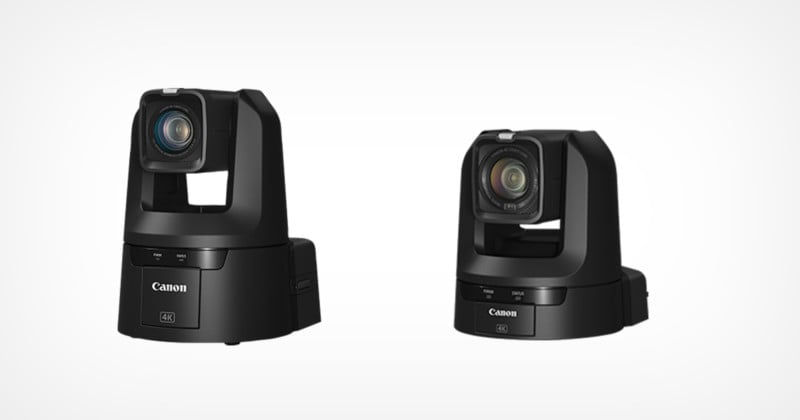 Given the expense of the hardware alone, the final asking price is likely out of reach for individual creators, but it’s not aimed at that use case anyway. Instead, the technology is more than worth the cost for larger corporations and studios that would benefit the most from remote hybrid workspaces. There are obvious benefits to larger photo shoots as well as television and film sets where in-person numbers are restricted but full creative teams are required in order for a smooth operation.

Canon positions AMLOS as a way to create a sort of hybrid writers’ room where Gordon-Levitt — who was working from Los Angeles — paired up with artists Toff Mazery, Edward Jesse, and illustrator Natalie Andrewson who were in Las Vegas. The group then hosted the room for hundreds of virtual attendees from around the world.

Over the course of the three-day show, the in-person team brainstormed with hundreds of globally located online contributors on bringing an entirely new animated story to life with Canon’s new camera system highlighted as a critical piece that enabled the attendees to see each other, the writers’ room, as well as detailed views of the whiteboard and other visuals presented in the meetings.

The hosts of the in-person portion of the meeting can use hand gestures to control the camera, pointing out important visuals of which the AMLOS system takes high-resolution 4K images that attendees can focus on allowing for greater collaboration despite the remote environment.

The HitRecord team was particularly interested in this potential new platform because they were able to collaborate in a more live setting where all participants could communicate in real-time to bring a project to life, which they say allows for much faster completion times.

“People were just throwing out ideas,” Gordon-Levitt said when asked about that virtual creative process. “There’s something about the creative process, whether that’s writing, world-building, design, editing, or music that really benefits from instant and hassle-free exchange of ideas that’s something that you really want to be either in the same room or be able to quickly get ideas up somewhere where everyone can see them at the same time.”

The AMLOS system uses several simple gestures to perform tasks like ending calls, adjusting and focusing the view of the meeting, and taking snapshots of important visuals that are digitally enhanced and shared immediately with the attendees. Canon says that the image quality, combined with the pan, tilt, and zoom movement capability, and excellent autofocus — all of which standard computer cameras lack — enhance the quality of online meetings.

Gordon-Levitt argues that this setup allows for a much more organic collaboration than he was able to get from just a standard virtual meeting, and participants felt more involved and were more able to freely bounce ideas around like they were in the same room.

He said that while he attended virtually, he was able to see the sketches and drawings in “really good clear definition” as the in-person team posted it on the whiteboard or used hand signals to get the camera to focus on the drawing as it was held up.

The participants all said that the AMLOS’s ability to zoom was one of their favorite tools as it helped them utilize the room much more freely when compared to a normal video chat, which made it much more fun and fluid for creating with remote teams.

After the last few years of COVID restrictions and protocols, Canon and HitRecord argue the new technology feels more impressive as it allows for a much more functional hybrid workspace.

“Creative writers’ rooms are famous for having kinetic brainstorm energy, so if we could translate that to the hybrid space, that would be the ultimate success,” Canon’s advisor for new business development Kohei Maeda says.

Based on feedback from Gordon-Levitt and HitRecord, it appears the system has done just that. Because of the pandemic, people were forced to prove that work can still be accomplished in a remote fashion but it has gone well beyond that: so many employees around the world have found working from home to be much more fulfilling than dealing with a daily commute. Canon argues AMLOS is able to provide a more immersive virtual experience that leans into this new remote workforce in a way that makes it unique.

For creatives especially, there are situations that still have strict protocols in place that limit the number of people that can be on set at any given time. One of the benefits for film crews is that AMLOS allows full creative teams to be present on set from anywhere in the world.

The full short film that was produced using the AMLOS system for remote work can be watched below.