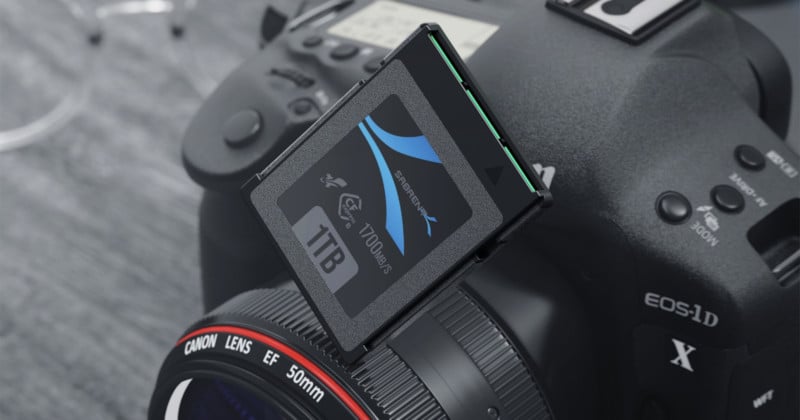 Sabrent is expanding its memory card portfolio with a new CFexpress Type B card that will be available in two capacities: 512GB or 1TB. The company promises high read and write speeds as well as features designed to maintain the integrity of the storage.

The new CFexpress Type B cards follow Sabrent’s launch of its SD card line in March and promises peak read speeds up to 1,700 MB/s and peak write speeds as high as 1,500 MB/s. That performance is up there with some of the faster cards on the market, and Sabrent says that sustained speeds should also impress: 1,600 MB/s read and 400 MB/s write sustained speeds.

Keeping high sustained write speeds is particularly difficult for memory card manufacturers but is critically important for cameras that record high resolution and high framerate video. If a card can’t sustain certain speeds, video clips may see dropped frames, stuttering, or outright failure to record. While some brands like Angelbird promise much high sustained write speeds, the Compact Flash Association (CFA) currently only verifies cards to sustain 400 MB/s as part of its VPG400 certification. On that note, neither Sabrent nor Angelbird has a CFA VPG 400 certification, so the promised sustained speeds haven’t been independently verified. 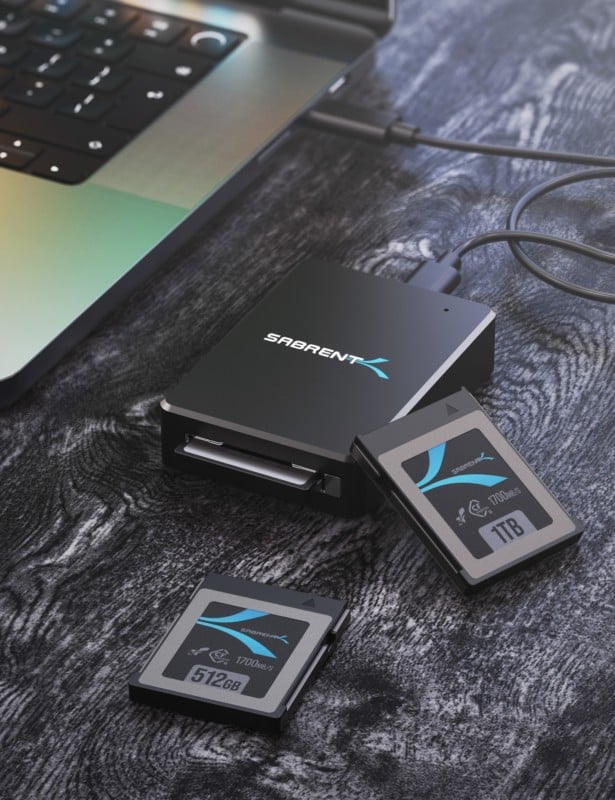 While the company hasn’t published a full compatibility list, Sabrent says that the CFexpress Type B cares have “broad” camera compatibility that supports cameras in both the hobbyist and professional spheres.

The Sabrent Rocket CFexpress Type B 1TB memory card is set to retail for $490. The 512GB capacity will cost $340. Both capacities are available to pre-order on Amazon and will be released on May 19.

Sabrent already produces a CFexpress Type B reader with support for USB 3.2 that works without requiring the installation of any drivers with Mac, Windows, and Linux. It is currently available for $57.

Update 5/10: Shortly after publication, Sabrent revealed pricing and availability which has been added.