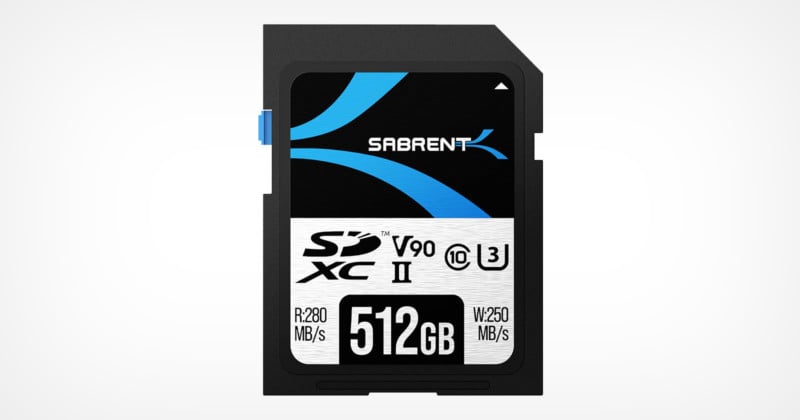 Sabrent has announced a new set of SD memory cards, including a 512GB capacity V90 option. While Wise managed to announce its 512GB V90 cards first, Sabrent believes it can be first to market and is asking $200 less.

Last week, Wise made headlines by becoming the first memory card manufacturer to announce a 512GB capacity V90 UHS-II SD memory card. But Sabrent, not to be outdone, is hot on its heels with its own, more affordable, 512GB V90 card that it hopes to bring to market first.

The Sabrent Rocket V90 512GB UHS-II SD memory card is the highest capacity of Sabrent’s new group of “Rocket” SD cards that are also avaialble in 64GB, 128GB, and 256GB capacities. The company says the new cards deliver fast and reliable performance of up to 280 MB/s read speeds and 250 MB/s write speeds without “unwanted hitching” and will work with “most” SD card-compliant cameras and devices. As they are UHS Speed Class 3 rated, Sabrent says the cards will allow for the capture of Full HD, 4K, and even 8K video. 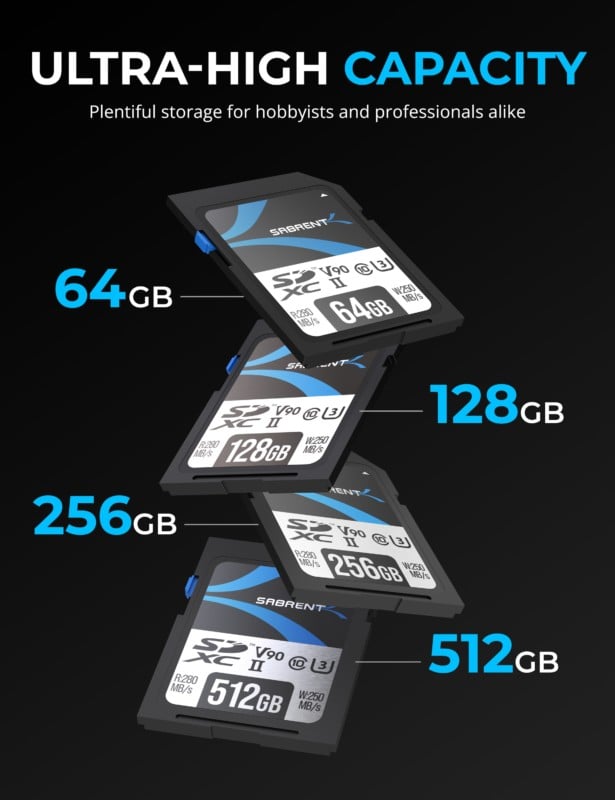 The NAND flash memory at the heart of the cards is produced by Toshiba and all capacities are rated for the same high-speed data transfers. In Sabrent’s own testing, its cards actually outperform the rated 280 MB/s read speeds and all four capacities tested with up to 290 MB/s performance. 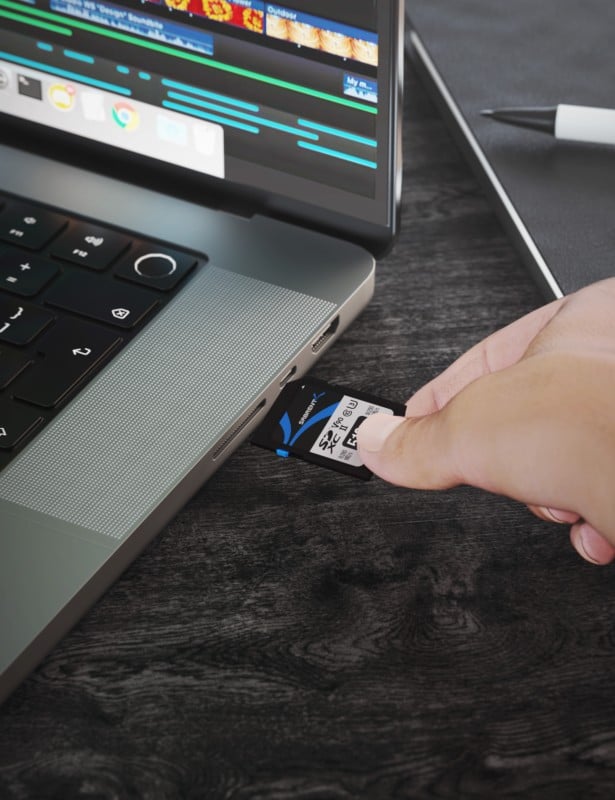 The cards are also shock, water, and X-ray resistant and have an integrated write-protect switch to ensure the data is “never prematurely overwritten or erased during use.”

Perhaps the best selling point of Sabrent’s new cards is the pricing: the 512GB capacity card is available to pre-order for $600, $200 less than Wise’s competing card. Wise was also not firm on when its new card will be available and only stated a vague “April” timeline, but Sabrent tells PetaPixel it already has the cards in-house and is only waiting on the packaging. It intends to start shipping cards on April 24, which means while Wise may have been the first to announce its high-capacity card, Sabrent could very well beat them to market — and for a lot cheaper.