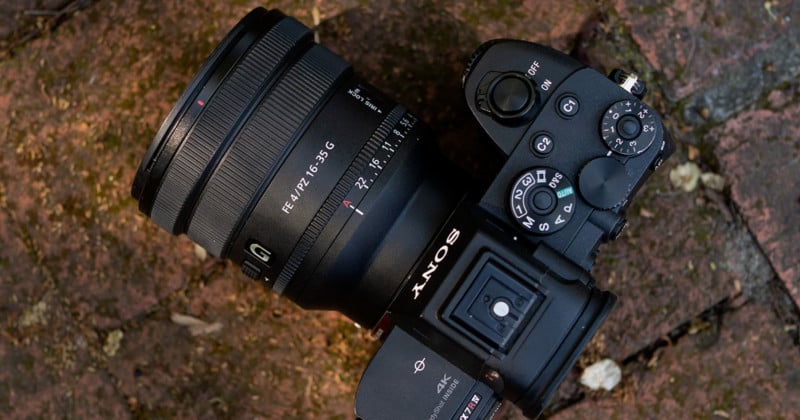 Sony doesn’t appear to be out of the woods when it comes to supply chain struggles as the company has delayed the 16-35mm f/4 PZ G Series power zoom lens from its planned April release until an unspecified time later this summer.

The lens, which was announced on March 22, was originally scheduled to be released on April 28. On Sony’s Japanese website, the company has announced that it is pushing that release date back to some time in the summer but was unable to provide a specific date. Sony blames the postponement on global distribution delays.

“We sincerely apologize for the inconvenience caused to customers who are looking forward to the lens as this delay is just before the release,” Sony writes, translated. “We will do our utmost to deliver the product as soon as possible, and we appreciate your understanding.”

The delay also means that the company has suspended new orders from global distributors and its Sony store. Sony says that the release date and the resumption of orders will be provided as soon as it is able to confirm a new shipping date.

Last year, Sony struggled to bring products to market. In addition to delaying multiple new products, the company also ceased manufacturing others in what was likely an attempt to focus its limited supplies on its top-selling items. While many Sony fans likely hoped that the company had managed to move past the problems, that doesn’t appear to be the case and this delay is actually more severe than the others that took place in 2021.

The postponement of the Sony PZ 16-35mm f/4 G is unfortunate given the quality of the lens. As a power zoom, the lens uses Sony’s XD linear motor technology to provide smooth and silent zooming that is powered by the camera.

In his review for PetaPixel, Ryan Mense found that Sony’s new power zoom offers solid optics inside a relatively compact and certainly lightweight package. Outside of some softness at the 35mm focal length, he overall found photos to be punchy and pleasantly sharp, making it a solid addition to the E-mount lineup and a recommended buy for those interested in the focal length.