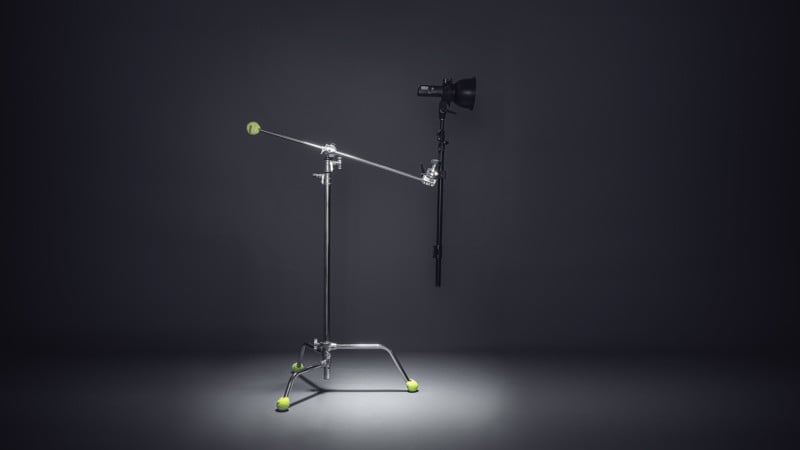 I occasionally like to do some light painting with strobes. To make that easier, I ripped off the legs of an old light stand so that it is just a handheld pole with a light. I also wanted to be able to control my camera with a remote when holding the light so that I can operate my camera on a tripod and do everything without an assistant.

The Evolution of a DIY Holder

At first, I had the remote attached to the pole with gaffer tape. It worked but was flimsy. And when I needed the remote elsewhere, it was not easy to take off. When I got my first 3D printer, I printed a proper holder.

After my first remote broke, I started looking for a new camera remote and wanted a smaller one. That is when I found a small camera remote that is so tiny that it fits in the palm of my hand when shooting self-portraits. I created a second 3D-printed holder for the new remote — it feels natural to use and light painting jobs are quick to do.

The remote is friction-fitted to the adapter so it’s easy to put into place and take off. This one fits so well that I can use it without worrying about it dropping to the ground. With the previous model, I used gaffer tape to give it extra friction for extra safety.

Solo Shoots with a Handheld Light

I use this mainly for light painting. I have light-painted cars, motorcycles, and even a horse. 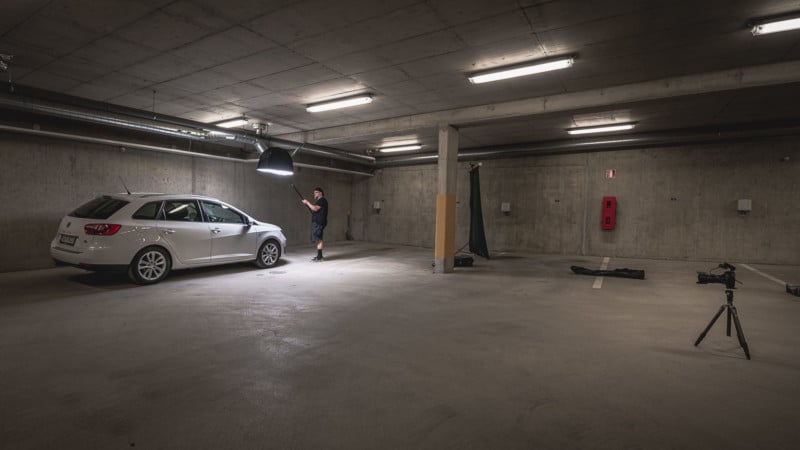 This setup got a lot of use in my ongoing series with people and how they move. When making that series, I also used it to shoot quick portraits on a location. 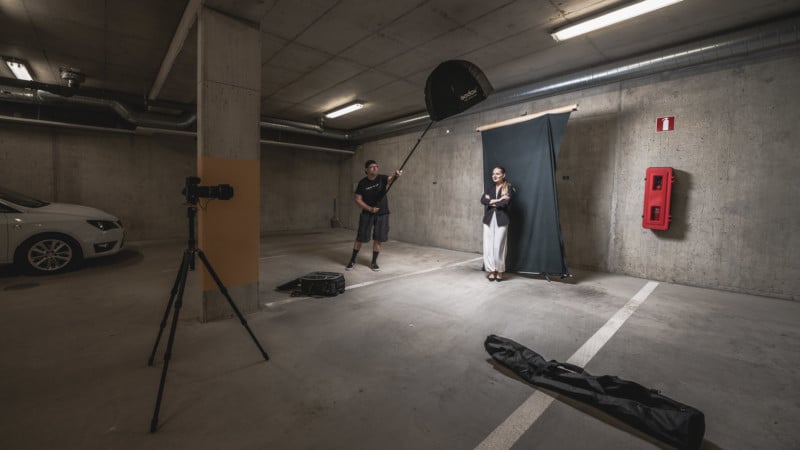 I usually set up my camera on a tripod with manual settings. I take some test shots to get the background correctly underexposed. Then I adjust the flash power to those settings to get the correct exposure to the subject. Then I light paint the subject.

When lighting and photographing a car, I go from front to back with the strobe above the car’s contours to get the whole car exposed. Then I take several detail shots of the car. These shots are then combined in Photoshop into one image.

I prefer to use the background on the location but I have also changed it when it was not possible. For example, one time a Volkswagen Beetle I was shooting could not be started from where it parked, so we had to photograph it there and I swapped the background in post.

Here’s a 1-minute video about the 3D-printed camera remote holder:

About the author: Petri Damstén is a fine art photographer from Kuopio, Finland. The opinions expressed in this article are solely those of the author. Photography plays two roles in Damstén’s life. It’s a passion that started after his retirement from his day job as a software engineer in which he has a BSc degree. For him, picture-making is also a very therapeutic process to handle feelings and thoughts in a creative way. Self-portraiture has always played a big part in Petri’s images and they are often dark and/or humouristic. His images have won many awards in Finland and internationally including Fotofinlandia finalist and PX3 Gold In Paris France. You can find more of his work on his website, Facebook, Twitter, and Instagram. This article was also published here.