Here’s something that’s both punny and bright. Polaroid has created a new handheld light called the… wait for it… BrightSaber. It’s an LED lighting wand that photographers and videographers can use to light up their subjects and scenes.


“Forget lighting umbrellas, stands, mounts and sweat-inducing spotlights getting a well-lit shot is now as easy as getting your hands on the BrightSaber,” Polaroid says. 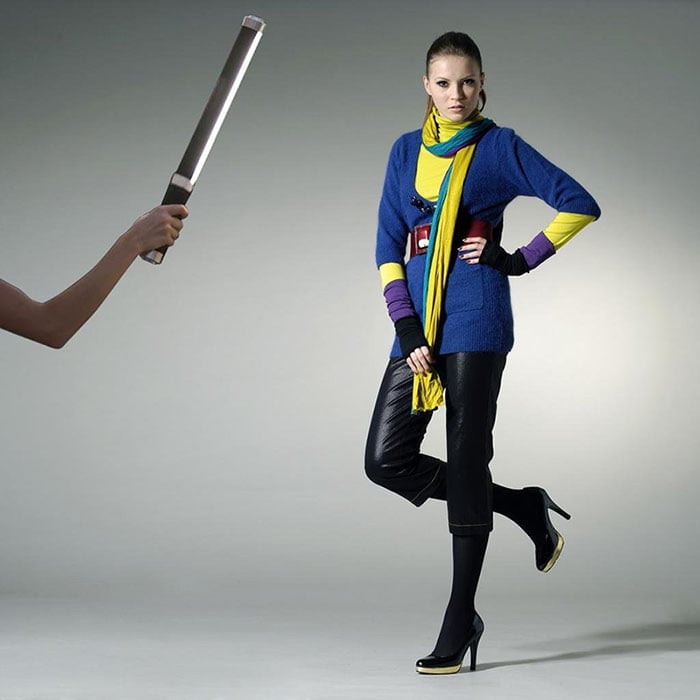 The BrightSaber features an array of 298 LED bulbs behind a gently frosted light diffuser, which gives the stick a soft yet powerful glow. The LED bulbs are rated for 50,000+ hours and have a daylight color temperature of 5800K, but the kit also includes a tubular tungsten filter that lets you do 3200K. The filter is pre-installed around the diffuser, and can be moved to cover it with a twist of your wrist.

In addition to constant light, pushing a button allows you to switch to a flashing light, with speeds/styles that include rapid, slow, and “SOS distress” — perfect for if the ship you’re doing a photo shoot on begins to sink, or if you’re marooned on Dagobah or something.

The BrightSaber comes with a special remote that can be used as both a dimmer for the device and as a wireless IR shutter release for a camera (virtually any Canon, Nikon, or Pentax camera, Polaroid says). 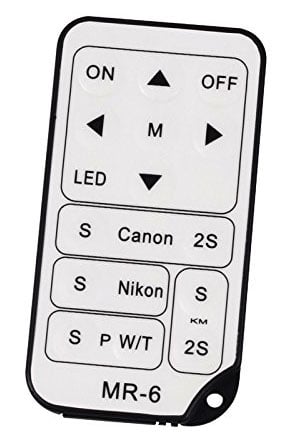 Other specs and features include a weight of just 22 ounces (.62kg), the ability to plug-in for power, a rechargeable battery pack, a special carrying case, a 1.7-inch grip, and a built-in tripod mount. The Polaroid BrightSaber current costs $170 over on Amazon, which puts the device between the cheap ~$62 Yongnuo YN360 and the pricey $500 Westcott Ice Light. Each of the “sabers” has different features and specs, however, so take those things into consideration as well.

(via Amazon via Resource Mag)