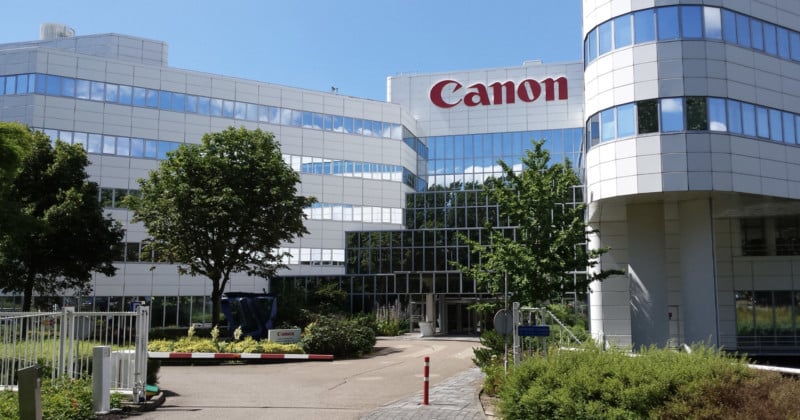 Canon Europe has announced that it has suspended new shipments of products into Russia in response to the country’s attack on Ukraine.

The violence and destruction being caused by the military attacks on Ukraine is shocking to all of us. We share our heartfelt concerns for our colleagues and the Ukrainian people whose lives have been deeply affected,” Canon Europe (Canon EMEA) writes in a statement published on its website over the weekend.

“As of earlier this week, Canon EMEA suspended all product deliveries into Russia. We continue monitoring the fast-evolving situation and developments,” the company continues. “We stand united in desire for peace.”

Canon Europe also adds that it is donating an undisclosed amount of money to humanitarian relief in Ukraine and the surrounding region.

“As part of the world-wide relief efforts supporting Ukraine, we are donating to international aid and humanitarian organizations in Ukraine, Poland, Romania, Moldova, Czech Republic, Hungary, and Slovakia.”

Canon Europe’s statement is the first from a major camera brand, or at least a branch of one, to address the war in Ukraine. Adobe and Peak Design have also announced that they will cease operations in the country in response to the attacks. Adobe published a public blog while Peak Design announced its intentions to its customers via email.

No large Japanese-based camera manufacturer has made any decision with regard to its products in Russia, at least not from the Japanese corporate level. Given the current state of the global supply shortage, a ban on new shipments from Canon Europe is about as good as an outright ban, since low stock of products has been an issue for months around the world, and without new shipments regularly, distributors in Russia will not likely have many new RF cameras or lenses making it very difficult to purchase new Canon products in the country. That said, any local dealers are still authorized to sell Canon products in Russia.

It has been rumored that Sony and Panasonic are close to cutting off sales to Russia as well, but no final decision from either company had been made at the time of publication, although Sony is donating $2 million to the United Nations Refugee Agency and other humanitarian organizations in the region.