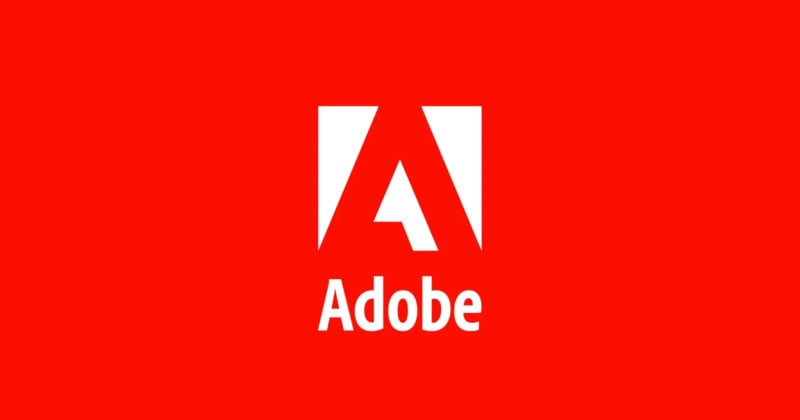 Adobe has announced that it will cease all new sales of its products and services in Russia in response to what it describes as unprovoked, violent attacks on Ukraine.

The decision marks one of the first major brands from the photography industry to take a public stand against the Russian invasion of Ukraine.

Adobe’s CEO Shantanu Narayen published a blog post over the weekend that stipulates the company has made the decision to cease all sales of its products and cut off access to the Creative Cloud in addition to assuring its products are not being used in compliance with government sanctions imposed by the United states, the European Union, and the United Kingdom.

“Effective immediately, Adobe will halt all new sales of Adobe products and services in Russia,” he says.

“Over the past several days, we have continued to witness unprovoked, violent attacks on Ukraine and the tragic loss of innocent lives,” Narayen continues. “The images are horrifying and heartbreaking. As we see this tragedy unfold, we believe we have a responsibility to ensure our products and services are not used in support of this unlawful war.”

Narayan says that earlier this week, Adobe moved to ensure the safety of its employees and provide humanitarian aid to those in Ukraine.

“We have been complying with the government sanctions being imposed by the United States, the European Union, and the United Kingdom to ensure Adobe’s products and services are not being used by prohibited entities. In addition, we are terminating access to Adobe Creative Cloud, Adobe Document Cloud, and Adobe Experience Cloud to Russian government-controlled media outlets,” Narayen continues.

The Adobe CEO says that the Adobe Foundation has made a series of grants of over $1 million focused on medical assistance to communities in Ukraine as well as resettlement and transportation needs for families fleeing the country.

“We understand there is only so much one company can do to impact an unjustified invasion. But we also understand our civic and moral responsibility to support democracy and humanity. We are committed to doing everything we can to stand in support of those directly affected and with our entire Adobe community.”