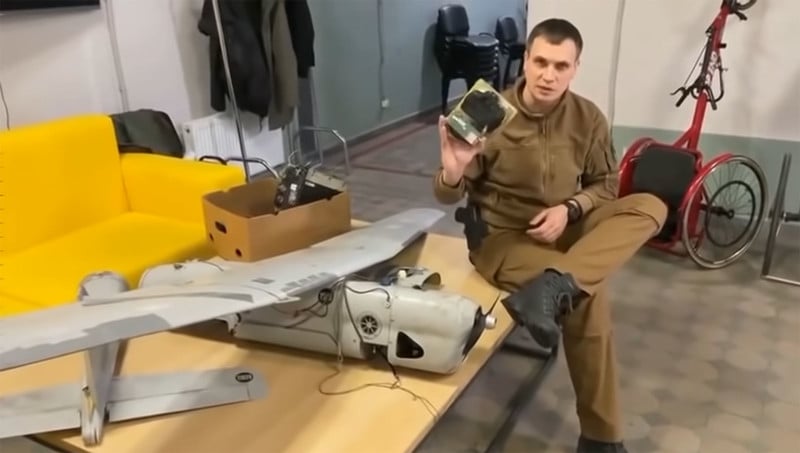 Ukraine’s Ministry of Defense has released a video in which a Ukrainian soldier disassembles a Russian military surveillance drone. The teardown revealed a remarkably rudimentary design that features a low-end Canon DSLR camera at its core.


The 2-minute video was published by ArmyInform, the information agency of Ukraine’s defense ministry. It shows a soldier sitting next to what it says is a Russian Orlan-10 unmanned aerial vehicle (UAV) that had crashed in Ukraine.

The soldier notes how surprisingly low-tech the military drone is — observers quickly pointed out that certain aspects of it are more reminiscent of a hobbyist RC airplane project than a high-tech piece of military spying technology.

What the soldier found is that the primary camera responsible for image capture is a Canon EOS Rebel T6i (AKA 750D), a DSLR camera launched in 2015 with a retail price of $750 but which is currently worth about $300 to $400 on the used market.

The camera is mounted to a board with a hook-and-loop fastener strip (commonly referred to as Velcro). 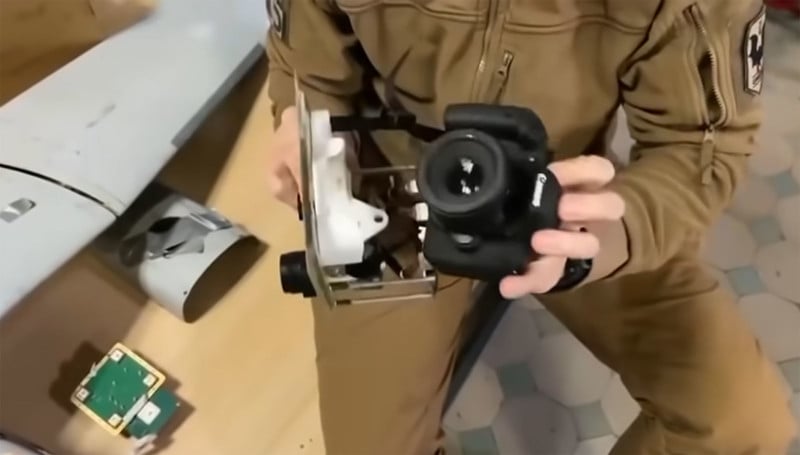 The mode dial of the camera has been frozen with glue, preventing the camera shooting mode from accidentally being switched mid-flight. 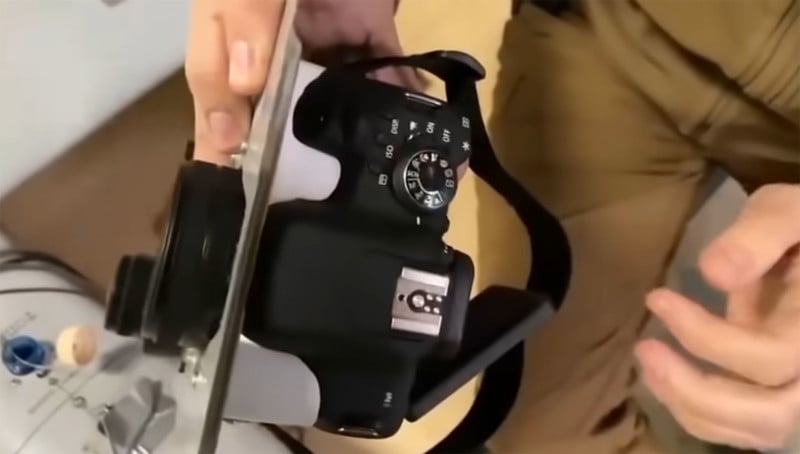 On the top of the drone, the fuel tank’s cap suggests that it may have been made from some kind of plastic water bottle. Various parts of the drone are also fixed together with some kind of duct tape.

A Pricey Piece of ‘Primitive’ Technology

“The Orlan-10 is developed by Russian-based Special Technological Center Ltd.” UNIAN wrote. “The hull and the engine are made in Russia, its electronic components come from Taiwan.

“Russia often uses this model in Donbas for reconnaissance and adjustment of artillery fire.”

It now seems some electronic components in the drone also come from Japan, as well. Canon Europe already announced in March that it had suspended new shipments of products into Russia in response to the country’s invasion of Ukraine, but it seems unlikely that the move will have any impact on whether Russia continues to use Canon cameras in its future drones.

Image credits: Video and still frames by the Ukraine Ministry of Defense