Photogrammetry is the science of leveraging photography, proprietary algorithms, and accurate metadata to create precise 3D models or “digital twins” of large infrastructure. Initially reported by Yahoo Finance, Skyfish now using mirrorless systems from Sony allows it to collect incredibly precise data in order to create digital 3D models for inspection, measurements, and analysis of physical features of nearly any structure with an accuracy rating within 1/32 of an inch.

This is a rather groundbreaking jump in the technology space for Skyfish and opens the door for other potential use cases like augmented or virtual reality.

In the demo (above), the company uses these images to piece together a large 3D precision model of a cellular tower for inspection. Using its drone and a Sony Alpha camera, the team took approximately 1,200 42-megapixel images from multiple altitudes and perspectives which the Skyfish tools ingested and automatically produced results for with no manual measurements and editing done by the user.

“The photos were fed in, data was triangulated, and this is what you get on the other end. No hands-on processing whatsoever was needed and the process is repeatable, even for tall structures like cell towers,” the company says.

Leveraging the measurement tools supplied by the software, users can simply click a button in one spot and it will place a line straight down to the ground (horizontally) and give a perfectly straight measurement, with options to switch between metric and imperial units.

With this technology, engineers can take measurements of nearby structures, doors, and gates to be sure that the openings are large enough to maneuver pieces of machinery and equipment through them safely. The measurements captured through the Skyfish app can then be exported as a DXF file which can be imported into various CAD applications to do proper engineering analysis. 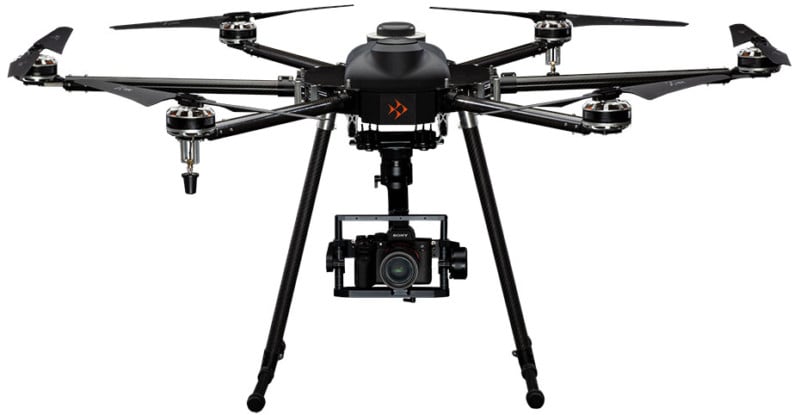