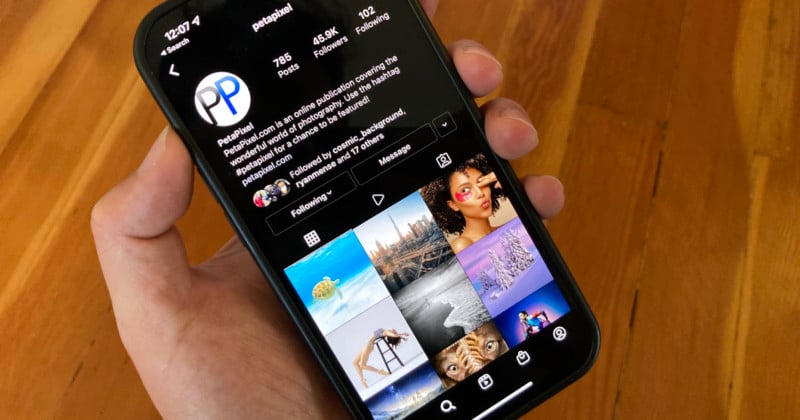 Instagram is reportedly working on a feature that would allow users to customize the order in which photos appear on their profile pages. The grid customization feature was recently discovered through an analysis of the app’s code.

The feature was discovered by app developer and reverse engineer specialist Alessandro Paluzzi who has discovered many other features in the app in the past, including paid subscriptions and the ability to upload photos from a desktop browser.

In his latest discovery, Paluzzi found a new option in the Profile Information page called “Edit Grid.” Through it, he discovered the ability to move photos in a profile around in a “drag and drop” format that allowed him to rearrange photos in any way he chose, freeing the profile page from showing photos and videos strictly in sequential order from most recent to oldest.

#Instagram is working on the ability to edit the profile grid allowing you to rearrange posts in any order you like 👀 pic.twitter.com/fjmkJD4je2

The feature could greatly benefit photographers who want new visitors to see their best work first, which might not be what they shared most recently. While exciting, not all of the features Paluzzi discovers in the code become features that roll out to the general public and some do not even make it into the beta testing phase. Seeing the feature where it is now is not necessarily an indication it will be coming soon, if at all.

Engadget notes that it would not be particularly surprising to see it become a mainstay, however, as Instagram has spent a large amount of effort working with shops and businesses and a customizable home page would be a big feature they could use to better market products. Instagram has said that it plans to focus on shopping and video in 2022, so adjustments like a customizable profile page fit nicely into those goals.

Instagram has been making a lot of changes to its app in recent months including the ability to prevent websites from embedding images and efforts to bring back the chronological feed. Other adjustments have been more designed to combat the perception that the company is putting young users at risk (such as enhanced safety features and parental controls) and the fact that 60% of internet users don’t trust the company.

Culture, News
apps, Facebook, instagram, instagramfeed, profile, settings, socialmedia
Related Articles
Discussion
Trending Articles
Blood Moon, Aurora, and Milky Way Captured in One Photo
May 19, 2022
Wedding Photographer Tells Couple to Act Drunk, Gets Amazing Portraits
May 20, 2022
The Science Behind Why Watches are Set to 10:10 in Advertising Photos
May 17, 2022
You Are Still a Photographer, Even If No One Likes Your Images
May 21, 2022
Photographer Builds Giant Camera and Darkroom Bus
11 hours ago