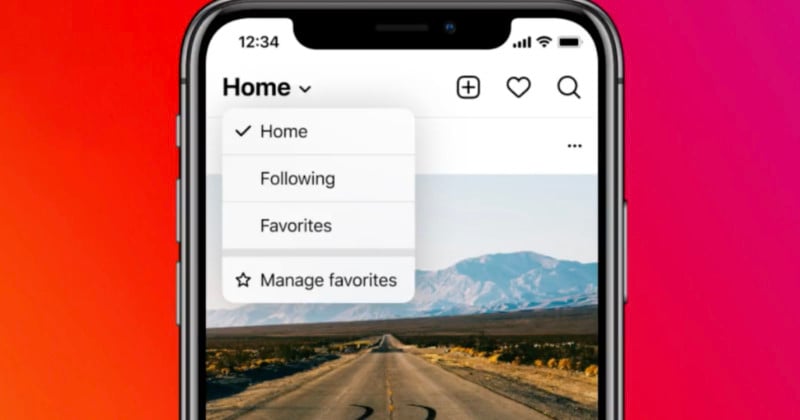 Instagram has announced that it has started to test the ability to switch between three different views on the app’s home screen, two of which would give users the ability to see posts in chronological order.

Instagram notably killed off the chronological feed in its app several years ago, citing that it found that users were missing 70% of all the posts in their feeds, including almost half of posts from their close connections. In a blog post from last June, Instagram’s head Adam Mosseri wrote that as more people joined the app between 2010 and 2016, it became “impossible” for most people to see everything, let alone the content they cared about.

But faced with mounting pressure from the public and the United States government, Mosseri said that it supported the idea of giving users the option to have a chronological feed when he spoke at a Senate hearing last December.

“We’re currently working on a version of a chronological feed that we hope to launch next year,” Mosseri said, adding that the company has been working on it “for months” and that it could be expected in the first quarter of 2022.

Adam Mosseri, the head of Instagram, published a short minute-long video where he explains in more detail what the new home screen options will look like and which allow for the return of the chronological feed.

We’re starting to test the ability to switch between three different views on your home screen (two of which would give you the option to see posts in chronological order):
– Home
– Favorites
– Following

We hope to launch these soon. More to come. ✌🏼 pic.twitter.com/9zvB85aPSp

Mosseri says that in the future, Instagram will have three different feeds that can be shown on the home screen. The first will be called “Home,” and will be the place to continue to have the Instagram experience that is found in today’s version of the app.

The second feed is what Mosseri says Instagram’s team hopes to call “Favorites,” and is a subset or list of accounts that would contain the content a user would want to be sure they did not miss.

“I use it for siblings, a few of my favorite creators, and a few of my best friends,” Mosseri explains.

The last is called “Following,” and will be a chronological list of posts just from accounts that a user follows. “Home” will have more recommendations over time, but those will be absent from the “Following” screen.

“We think it is important that you can get to a chronological feed, if you’re interested, quickly and see the latest that has been posted by the accounts that you follow.”

Mosseri says that Instagram has begun testing the three new options and are either already being actively tested or will be going out over the next couple of weeks, but was not specific on when the feature would roll out to all users beyond the “first half of this year” that was already cited in his promise to the Senate last December.