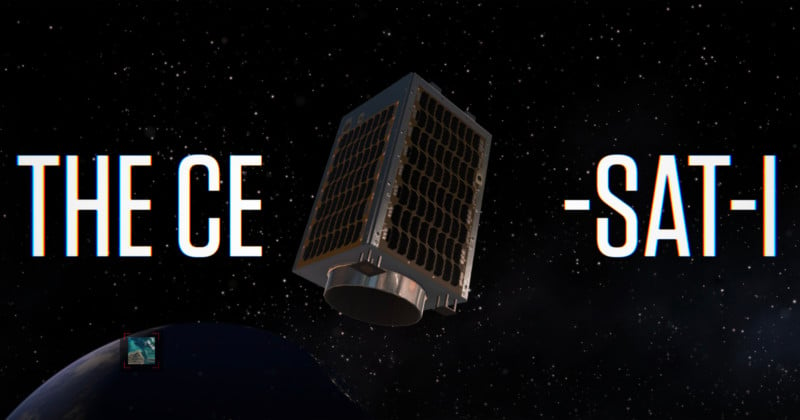 As a showcase of its CE-SAT-1 Earth-imaging satellite, Canon is allowing anyone to take their own photos of Earth from space as part of a demonstration for CES.

The Canon CE-SAT-1 is a microsatellite – roughly the size of a wine barrel – that the company launched into space in June of 2017 and is equipped with a modified Canon EOS 5 Mark III camera. From its orbit, the camera is capable of photographing a ground area of around 3.7 miles by 2.5 miles. The satellite is also equipped with a 40cm Canon Cassegrain telescope with a 3720mm focal length and a Canon PowerShot S110 that is used for wide-angle images.

As part of a CES demonstration and showcase, Canon has set up an interactive website that allows you to hover over specific locations on Earth – such as New York, The Bahamas, Dubai, and Japan – from an altitude of about 310 miles. Unfortunately, the demonstration does not allow for free-roaming.

The experience is narrated by Canon and explains the purpose of the satellite as well as information on its construction. As as aside, Redditors will enjoy the “banana for scale” reference above.

Viewing any of the photos on Canon’s interactive site will show you the location and altitude of the images, which can then be downloaded and shared (which Canon happily recommends). 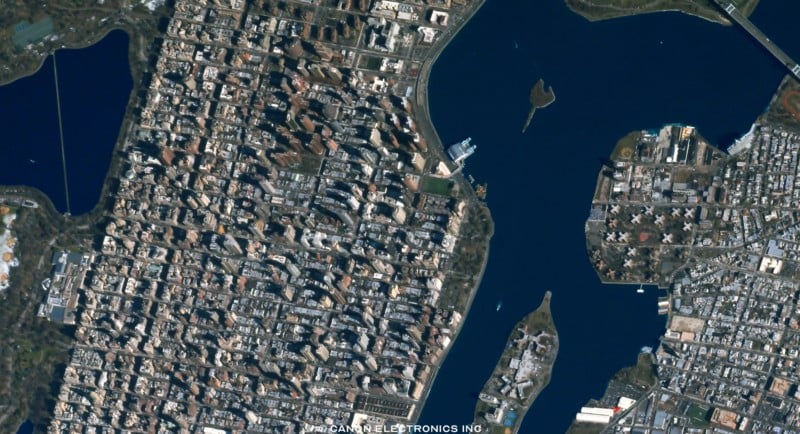 So while the exhibit isn’t giving you a live look at any location nor are any of the photos original to you, it is a lovely exhibit that shows what Canon is doing, why they are doing it, and how they plan to use the technology going forward.

You can check out the showcase for yourself here.