The Wedding and Portrait Photographers International Trade Show (WPPI) is one of the more popular photography shows and educational seminars in the United States. Normally held around late February or early March, the show has announced it is shifting its show dates to August as a COVID-19 precaution.

The event, hosted by Rangefinder, is currently held at the Mirage Convention Center in Las Vegas, Nevada. The organizers have stated that “out of concern for everyone’s safety during the COVID-19 pandemic,” the show would be transitioned from March 7 through 11 to August 15 through 19.

Out of concern for everyone's safety during the COVID-19 pandemic, @wppievents, Rangefinder's photo conference and trade show brand that attracts thousands of photographers from all over the world each year, just announced its rescheduled dates for 2021. https://t.co/qA1m0Q0isZ

“WPPI’s goal, as always, is to support, inspire, and celebrate this remarkable community of creatives and small businesses,” Arelene Evans, Conference Producer at Emerald Expo (the group that owns Rangefinder, WPPI, and Photo Plus), writes in a news blog. “And it’s that sense of community and excitement that continues to draw and inspire people year after year. We feel confident that our secured dates in August will provide our community with the time to effectively plan their participation during these challenging times. The WPPI team and I are focused on continuing to serve our industry, create ways to connect, and work closely with our community to provide the necessary support and information to prepare them for a successful 2021 event.”

WPPI held its in-person event last year just before the pandemic forced many U.S. cities and states into lockdown. Just prior, Emerald had shuttered Photo District News as part of a restructuring of its photo brands. 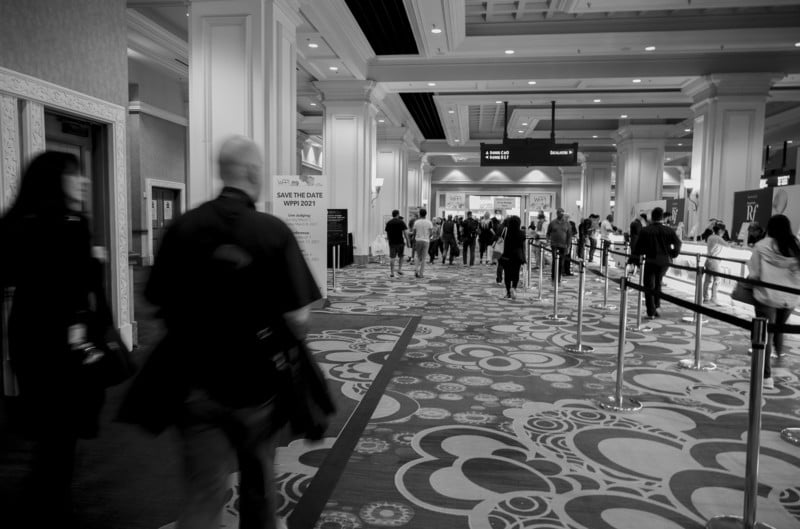 Emerald Expo had not yet released the full list of Exhibitors publicly, so it’s unclear if one of the reasons the show was moved was due to uncertainty around the number of high-profile companies planning to attend. While PhotoPlus – another Emerald Expo property – held its New York show fully online last year, it did so without some major camera brands in attendance. WPPI’s choice to push its tradeshow dates instead of again going the digital route may indicate that Emerald Expo was not satisfied with the results from the annual fall show.

Whatever the case, the organization likely hopes that the additional five months will provide it enough time to successfully hold the event in-person.

WPPI’s announcement makes it the second major photography tradeshow to publicize changes to its format this week, as the CP+ tradeshow announced it would be going all-digital for its 2021 show.

CP+, Japan’s Largest Photo Trade Show, Will Be Online-Only in 2021

5 Books that Will Help You Conquer Creative Block