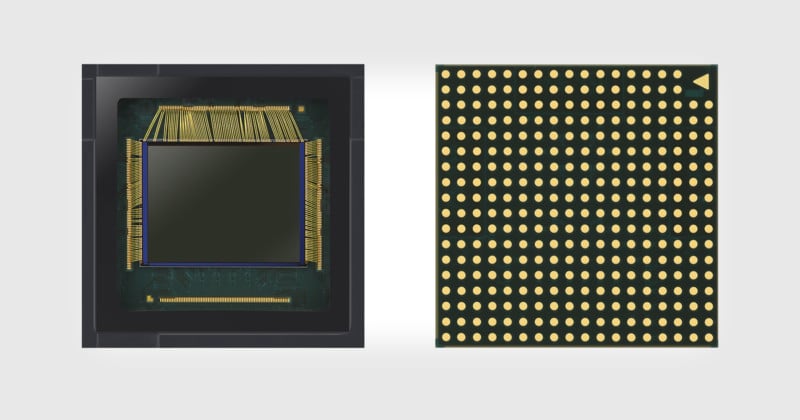 After going on a bit of a megapixel tear over the past year, releasing 64MP and 108MP smartphone image sensors, Samsung is scaling back. The company just unveiled its latest creation: a 50MP image sensor with bigger pixels, ‘DSLR-Level’ autofocus performance, and better low-light chops.

The new 50MP sensor—the Samsung ISOCELL GN1—features a ‘Tetracell’ design (i.e. quad-bayer) like its 64MP and 108MP brethren, but thanks to its large overall size (1/1.3 inches) and lower megapixel count, the sensor is able to use much larger pixels. 1.2µm to be exact. Like Samsung’s other Tetracell sensors, this is really two sensors in one. Under good lighting conditions, it shoots 50MP images by “rebayering” the signal created by the quad-bayer color filter. In low light, it uses that color filter to combine 4 pixels into 1, pixel-binning to create a 12.5MP output with the light gathering capability of 2.4µm pixels.

“With improved light sensitivity combined with a powerful auto-focusing solution, the GN1 is able to focus on an object quickly even in extreme low-light environment to deliver both brighter and sharper results,” boasts Samsung.

Not only is this a breakthrough for Samsung—the first time they’ve managed to combined DPAF and Tetracell tech onto one chip—it also seems like a step in the right direction in terms of resolution. The 108MP sensor used in the Galaxy S20 Ultra has been widely panned for being more of a gimmick than a usable implementation of quad-bayer tech. A larger, lower-resolution image sensor like this has the chance to take better advantage of this technology.

If that sensor also comes with “best in class” autofocus, all the better… Finally, in addition to its DPAF and Tetracell tricks, the Samsung ISOCELL GN1 features a few other interesting features, including “Smart-ISO” that intelligently adjusts the ISO of the sensor to reduce noise, real-time HDR tech, gyro-based electronic image stabilization, and the ability to capture 8K video at up to 30fps (in good light, of course).

All in all, this seems like a bit step in the right direction from Samsung. If the company wants to challenge Sony’s smartphone sensor dominance, it’ll have to focus more on quality and less on megapixel count.

To learn more about this chip and dive into the specs, head over to the Samsung website.