An IT professional and former Adobe employee has discovered a Lightroom bug that could be costing you hundreds of gigabytes worth of storage space… per photo shoot! Fortunately, there’s a simple workaround.

The bug was discovered by Nitin Chandra, a photographer and former Adobe India employee who was actually responsible for the PS/Illustrator plugin for Illustrator back in the late 90s. Chandra found the bug while working on some bird-in-flight photos in Lightroom Classic, and it has to do with the “Edit in Photoshop” feature that many photographers use almost daily.

If you go into your Lightroom preferences, under the External Editing tab, you’ll see that TIFF compression for editing in Adobe Photoshop is automatically set to “ZIP.” 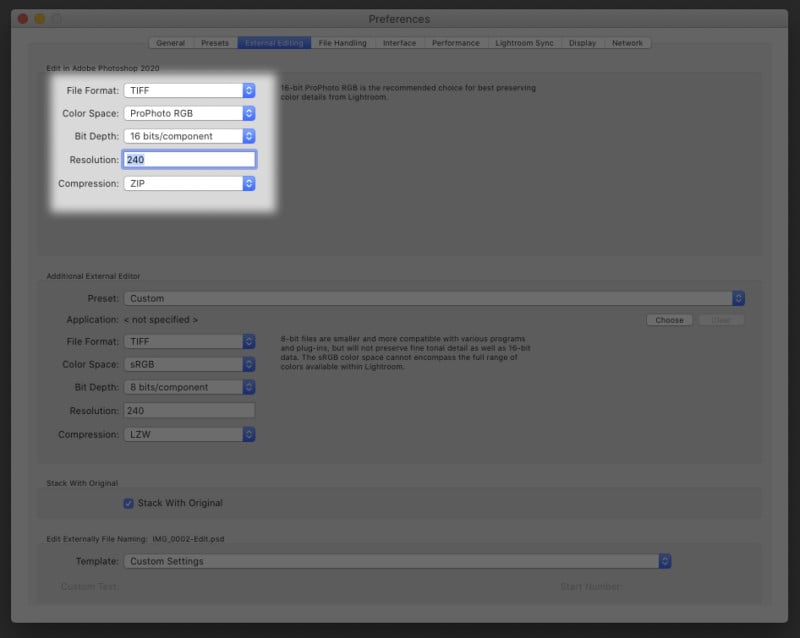 ZIP is a form of lossless compression for TIFF files that can cut down file sizes by over 50%, which is probably why it’s on by default. But here’s the thing: it doesn’t work.

As you can see in the video above (and confirmed by PetaPixel) the setting says it’s compressing your TIFF files, but when you edit a file in Photoshop and save it the usual way, the TIFF file that is saved by default is actually uncompressed.

You can see this if you check the file’s characteristics in Preview (on Mac): 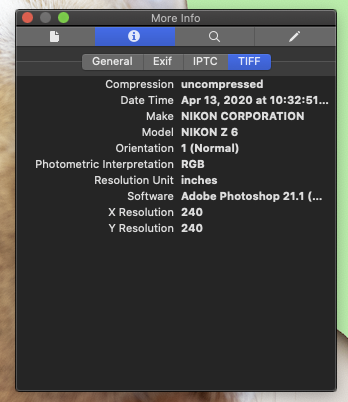 In our tests, the TIFFs produced ranged from about 440MB per image, all the way to 1 or 2GB depending on the resolution and amount of editing done to the source file. Fortunately, there’s an easy workaround that lets you manually compress the files, since Lightroom isn’t doing it automatically as promised.

If you choose to Save As instead of hitting Control or Command + S when you’re done editing in Photoshop, you will be given the option to select ZIP compression manually in this dialog box: 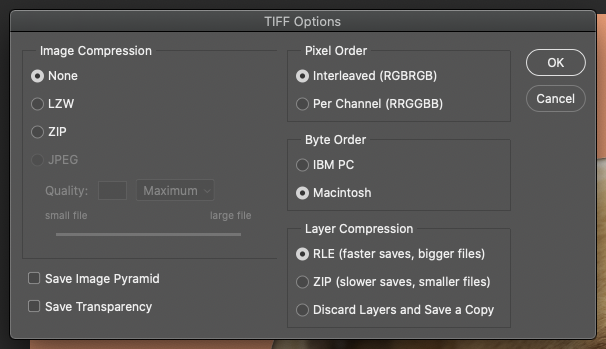 This cuts file sizes by over 50% in our tests, bringing a 450MB file down to around 180MB, at the cost of a longer save and load times if you need to work with the file later.

While this might not seem like a huge savings at a per-image level, we were able to clear over 25GB of space off of one of our computers by doing this with selects from one single headshot session. The uncompressed TIFFs from that single small session, which were saved the normal way, were taking up over 50GB worth of space—once compressed using ZIP compression, the total space taken up by the same files was just over 20GB.

You can see the bug and work-around in action in the video up top, but this is a no-brainer, especially with newer, higher-resolution cameras. If your workflow involves a lot of Lightroom > Photoshop editing—as many, many photographers do—then this little “trick” could save you hundreds of gigabytes per shoot, and terabytes over the long run.

Mirrorless Camera Sales Dropped by 50% in March, According to BCN Data