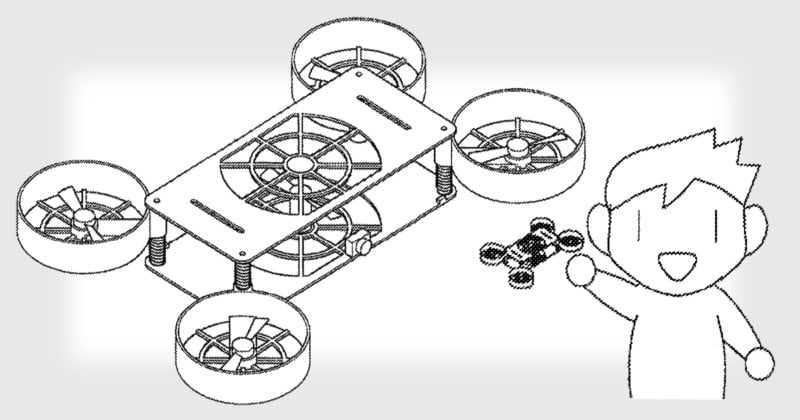 Sony has been quietly developing and patenting a “flying camera” drone over the past few years. While not much is known about the project, the published patents (titled “Flying Camera and a System”) reveal some interesting features of the device.

sonyalpharumors first spotted the drone in a patent back in late 2018. After months of silence on this front, Sony recently filed another patent (US 20200036901A1) submitted October 2019 and published January 2020) with more details on the design and capabilities.

When the drone is folded up and in its “shell,” it has the form factor of a bulky compact camera. 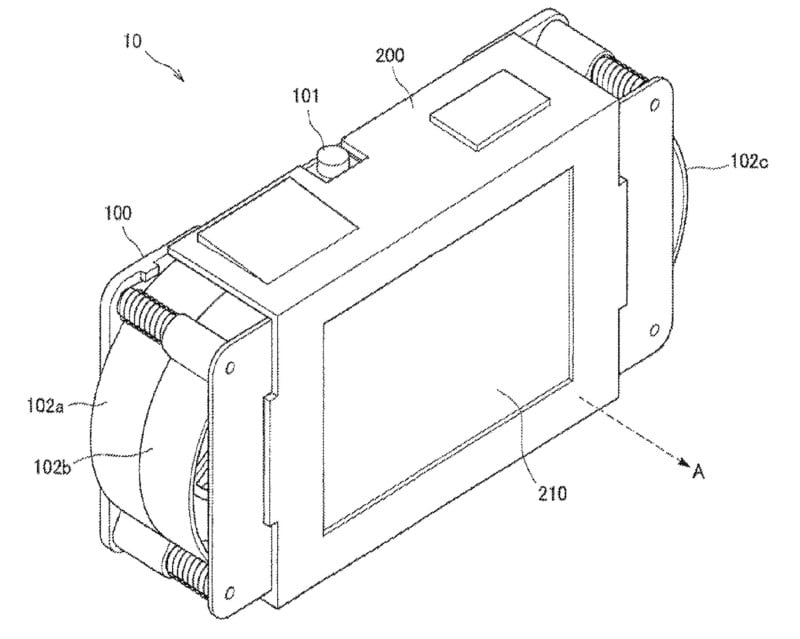 To get the drone up in the air, you first take off the backing cover, which turns out to be the drone’s remote control and display. The rotors rotate out of the body of the drone in the four corners. 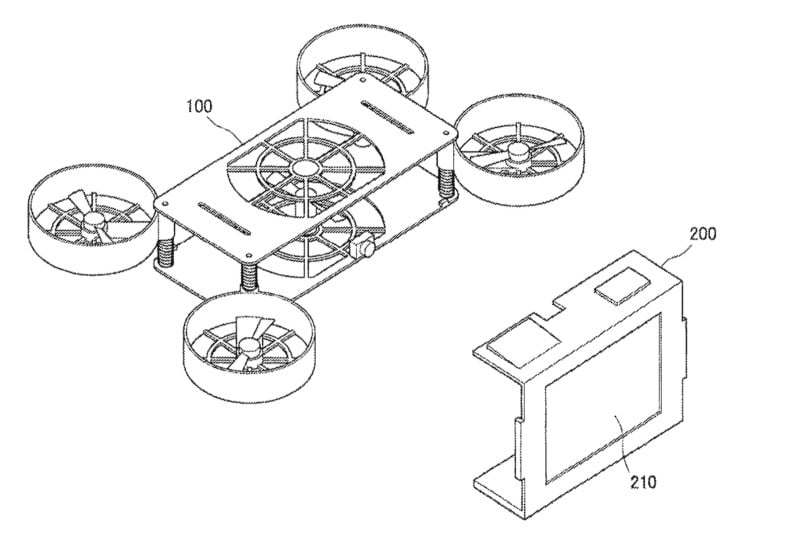 Controlling the drone could be done through finger gestures on the controllers touchscreen. For example, the “pinch-to-zoom” gesture ubiquitous on smartphones for zooming in and out of photos could make the drone fly closer or further from a subject it’s focused on: 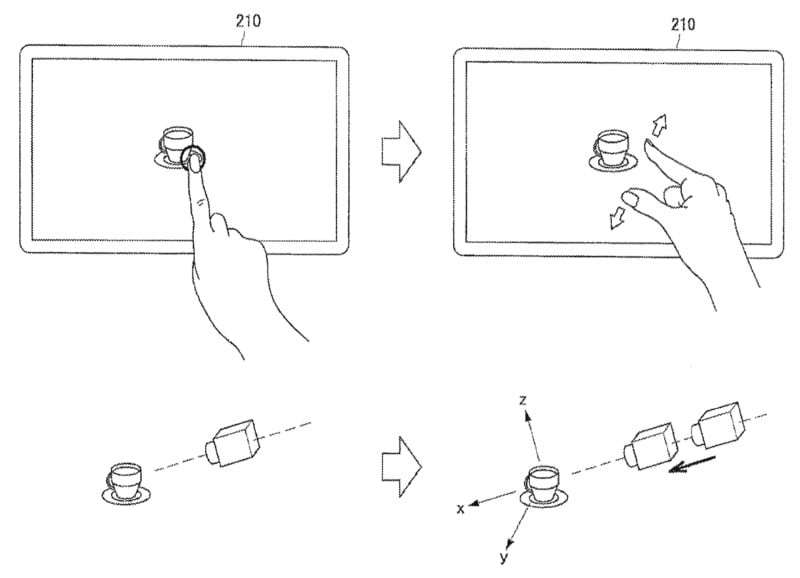 And using a finger to “turn” the subject on the screen could cause the drone to fly along an orbit: 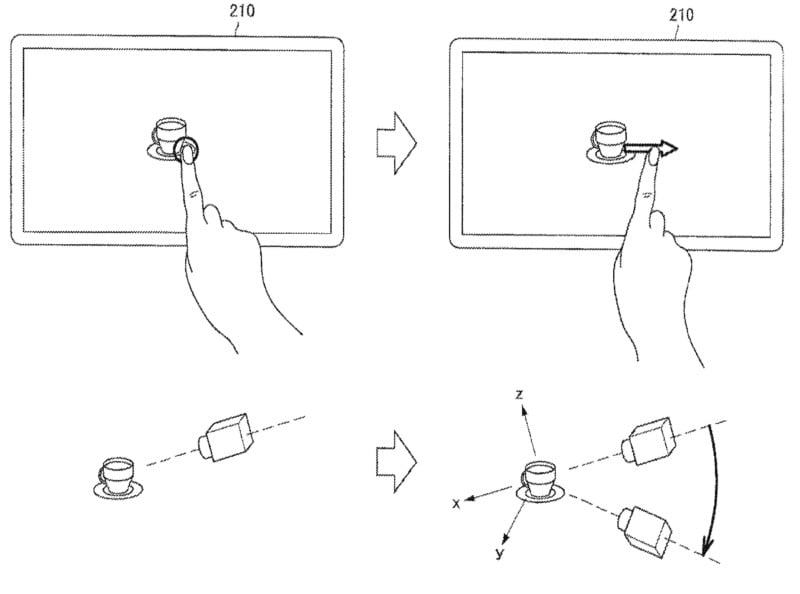 When you need to shoot a group photo, you can simply have the drone automatically launch from your palm, fly a short distance away, capture a nicely-framed group photo, and then return to your palm. 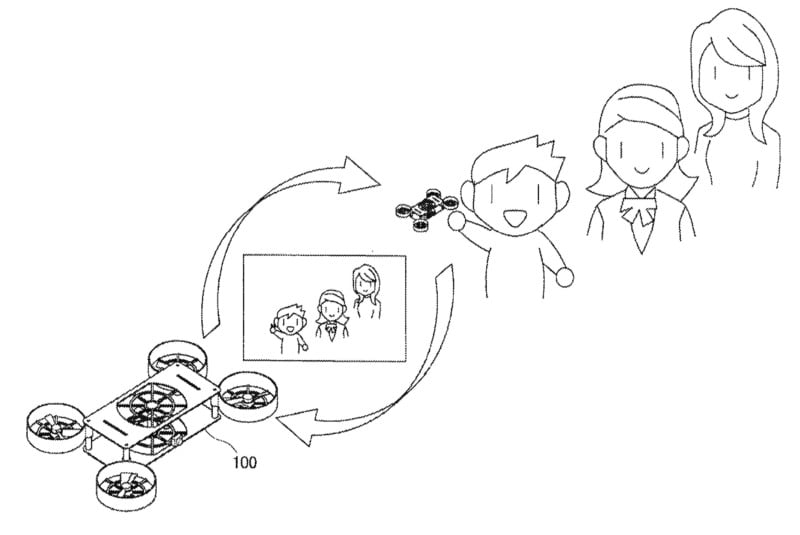 Here’s the full patent if you’d like to take a look yourself:

As with all patents of this nature, there’s no guarantee that what’s shown is anything that will ever hit the market and be available to the public. But there’s a chance it could materialize one day, and it’s interesting to see what Sony could have brewing to go up against the consumer drone juggernaut that is DJI.