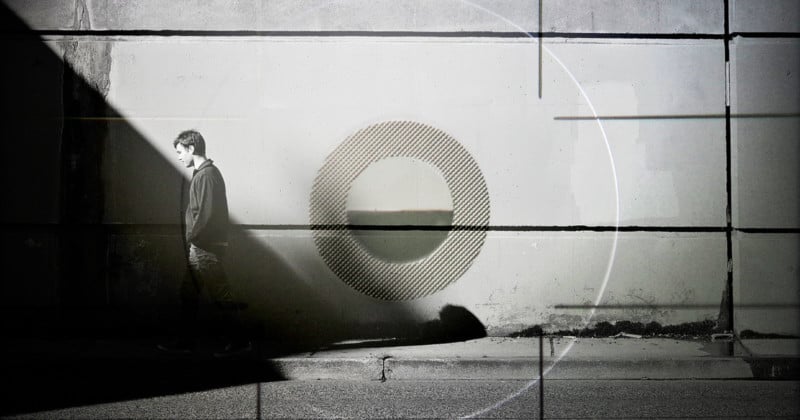 Since the availability of Phase One’s new 150-megapixel system hardware, the prices on lesser equipment have fallen surprisingly. I was therefore able, recently, to purchase a lightly used Hasselblad H6D-100c, with a couple of lenses, at a relative steal. 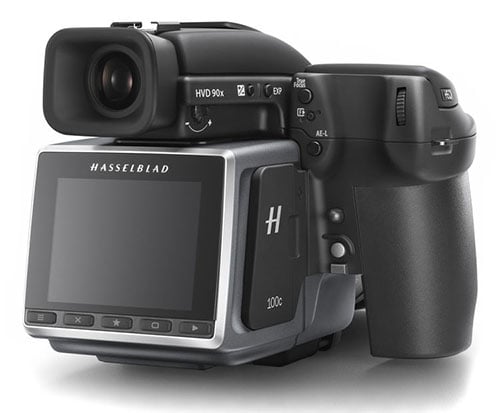 As an experienced photographer (I have been shooting for 2 years now, professionally for 18 months of that) I was able to master the intricacies of the new system almost immediately, and having done so I set out as is my wont to wander the streets looking for meaning in the play of light, shadow, and the human spirit.

As I passed under a bridge a few miles from my home, I noticed in my peripheral vision a graphical design cast by the momentary clearing of clouds, allowing the sharp, slanting rays of Sol to cut some interest into the wall. Of course, there were cars passing, the view was obscured. “No shot,” I sighed to myself.

Still, unconsciously, I broke my stride, pausing for a moment as a pedestrian approached, passed across the light region behind the stream of automobiles, and then for a split second there was a gap in the traffic.

By pure instinct I brought the Hasselblad, married for this perambulation to the superb HC 3,2/150mm lens, to my eye, by feel working the aperture to the optimum f/8 as I did so, and pressed the shutter button trusting to the exposure meter to get me close enough to work with. And then the moment passed. Gone.

I was unsure if I had gotten anything, of course, but I felt that perhaps there was something there. I continued as flaneur, returning home after 3 or 4 more hours, and only then loaded my take into Phocus version 3.3 to examine it. Chimping on the rear of the camera, even with the startling excellence of the H6D-100c’s 920k pixel touchscreen, simply isn’t worth the time.

Of the two frames I shot during the 5 or 6 hours I spent searching the streets, this one, the instant described above, is clearly the best. 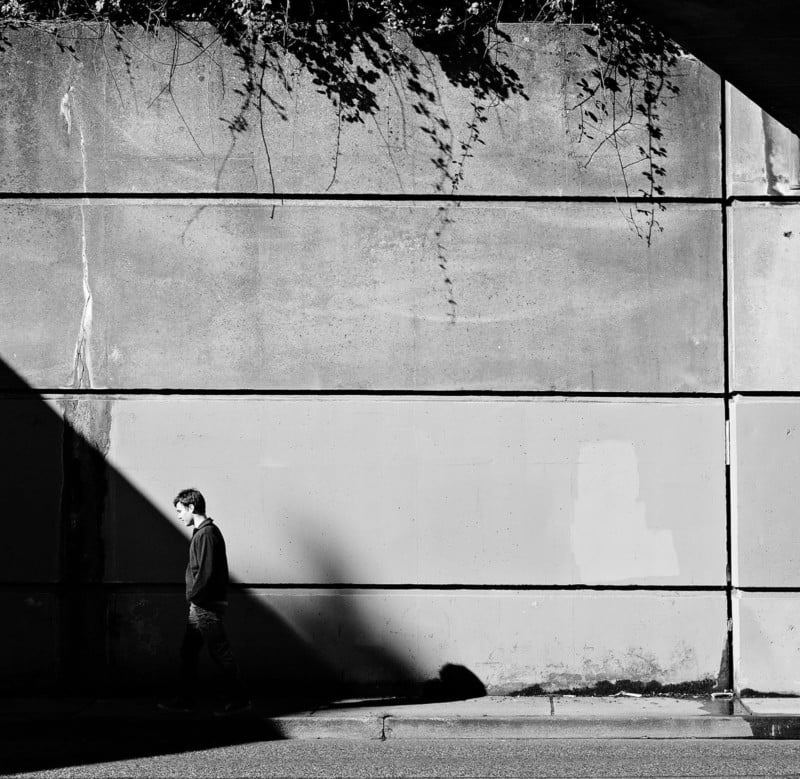 You can see how effortlessly the H6D-100c’s autofocus system nailed it. The incredible bit depth of the 100 megapixel sensor allowed me to retain detail in those deep shadows, and to separate the pedestrian’s body, although shadowed itself, from those deep shadows, while retaining detail far into the highlights despite the extreme contrast of the scene. The creamy texture of the midtones feels filmic to me. This is, obviously, impossible without a medium format sensor, and a good one at that.

Was this pure instinct? Perhaps a little luck, I think together with my well honed instincts. I have simply shot so much that my unconscious mind appears to grasp possibilities a second or two before I even know it. Without that hard-earned instinct, these shots would be impossible, the moment simply passes too quickly to be consciously grasped.

This, then, is the essence of the street photographer.

About the author: Andrew Molitor writes software by day and takes pictures by night. The opinions expressed in this article are solely those of the author. Yes, this article is satire. Molitor is based in Norfolk, Virginia, and does his best to obsess over gear, specs, or sharpness. You can find more of his writing on his blog. This article was also published here.

Early Photos vs. Now: Seeing Progress as a Photographer