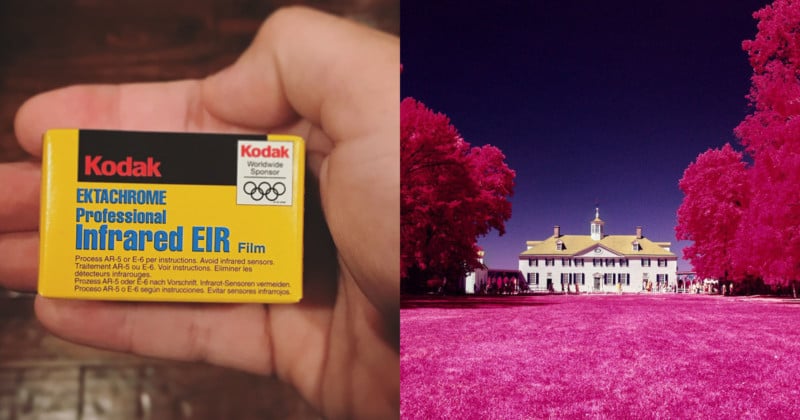 Are you a photographer who’s looking into shooting a roll of Aerochrome? Or maybe you have a roll in your freezer and have no idea how or when to use it? You’re not the only one.

I purchased two rolls of Aerochrome from Dean Bennici, one of the few sources you can purchase Aerochrome from in 120 rolls and 4×5 sheets, and it took me 6 months to shoot a roll. After my interview with Mark Schneider, I felt comfortable enough to pull a roll out of the freezer and shoot it.

(You can read Dean’s interview with Emulsive: “I’m Dean Bennici and this is why I Shoot Film”)

I interviewed photographer Mark Schneider about shooting Aerochrome. I had a lot of questions about it, and Schneider clears up many common ones beginners have about the film in the 56-minute interview below:

Aerochrome was a false color infrared film packaged in formats not seen today. What was the primary reason? These rolls of film would be loaded into airplanes and helicopters for various purposes. The Department of Natural Resources and The National Park Service used the film to survey vegetation. Chlorophyl from the vegetation reflects infrared light.

Aerochrome is sensitive to the color spectrum and infrared light. With the right filter color, you can filter out a spectrum of color which yields these red/magenta colors. The healthier the vegetation, the more vibrant the colors. The film was also used as a form of aerial surveillance to filter people attempting to camouflage themselves in the woods.

One of the earliest known photographers credited to using Aerochrome was Richard Mosse. He traveled into the Congo with this film to reveal the unseen conflict and humanitarian disasters taking place there. This is a metaphor on revealing the unseen light spectrum, infrared. This project was called “The Enclave” (2012).

Since the exhibitions in 2012 and 2014, photographers have expressed great interest in shooting Aerochrome.

Mark Schneider is a Washington D.C. based photographer who has shot a lot of Aerochrome. His current project involves photographing various locations around the area documenting the country’s capital in a ‘new light.’ Many people living around the area take national monuments and other various national landmarks for granted. His goal is to provide people with a new way of seeing those places in a different way. With his experience and expertise in shooting Aerochrome, Mark provided valuable advice for beginners in shooting Aerochrome. 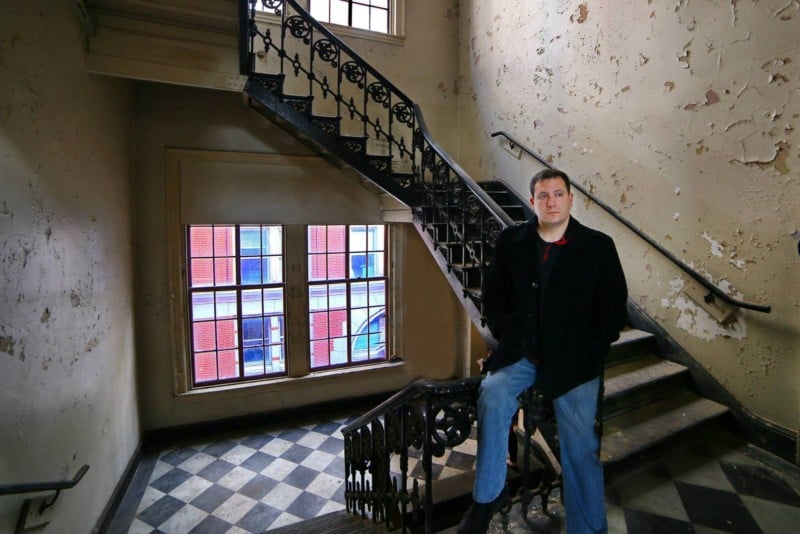 While Mark gave amazing advice in the interview and I highly recommend listening to the interview for more specific details, here are a few key details for shooting Aerochrome.

While Aerochrome is a very specialized film, shooting it is not much different than shooting traditional slide film. Slide film does have it’s limitations when it comes to exposure. Slide film is known for having roughly three stops of dynamic range. So shooting this film in a high contrast scene may not produce a good image. Choose your scene carefully. While the film is meant to be shot during the day, choose a scene that may receive even light throughout the entire frame.

When shooting Aerochrome, you generally don’t want to overexpose it. Shoot it at the suggested rated speed, ISO 400. With that being said, there is a caveat. Elevation affects the exposure. For every 1,000 feet, you should adjust you should increase exposure by 1/3 stop. For example, if shooting at 3,000 feet, treat the film as ISO 200.

To get the popular effect of the magenta, you’ll have to filter down the blue color spectrum. You can use various yellow and orange filters. Yellow filters provide more detail in the imagery, but it’s slightly lower in contrast. Orange filters will give more vibrant colors, but at a cost of the magenta color detail. An orange 16 filter is a great starting point. Reds can produce an interesting deep purple effect, but these results vary and generally not recommended. Avoid using an R72 infrared filter. All light from the color light spectrum will be filtered out and will result in a monochrome image.

The exposure latitude of the film is maybe half a stop. So you really need to nail your exposure. Start off with the Sunny 16 rule and make your conversions. And don’t forget to compensate for your filter. Some filters can result in 1-2 stops of light loss. If your camera has TTL metering, then there is no need to adjust for the filter.

Selecting your camera is crucial. Many auto-advance cameras have infrared sensors for advancing your film to the next frame. Avoid using a camera with that function. Your best bet is to shoot on a fully manual camera. Cameras that operate with DX coding will not interfere with the film since the contacts are purely electrical. 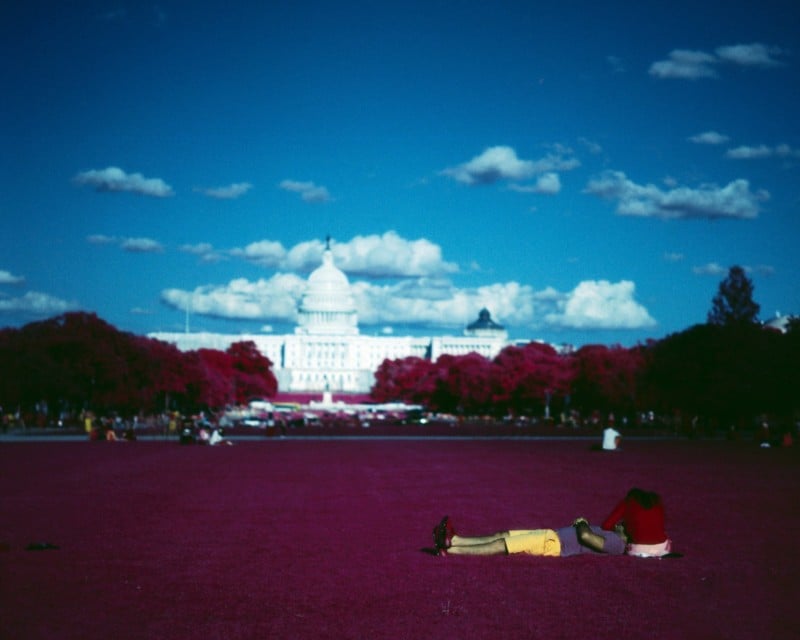 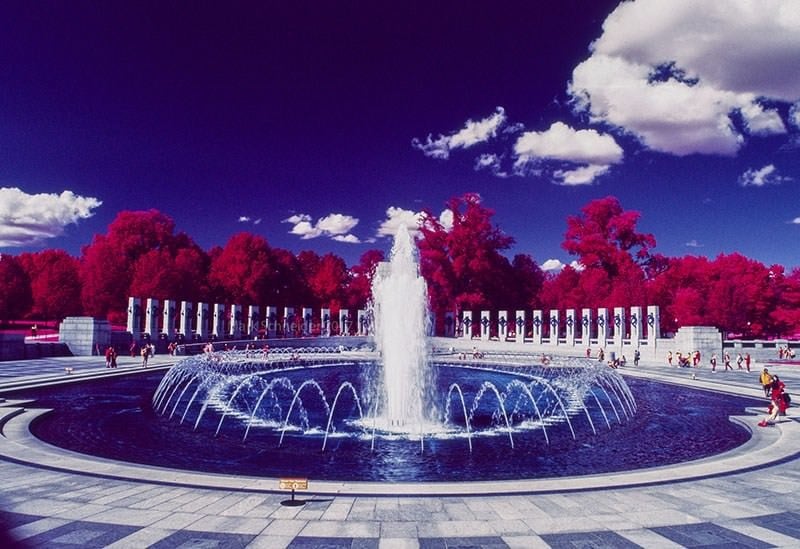 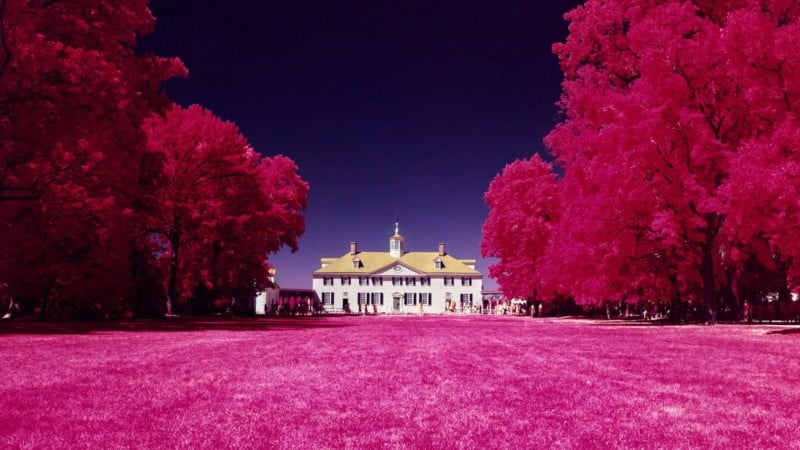 Aerochrome is no longer made. But as time passes, more photographers are finding this film interesting, increasing the demand. However, the supply is becoming more difficult. Fortunately, there are alternative solutions.

You can still find expired 35mm infrared EKTACHROME on places like eBay. But if you buy your film this way, be sure to question how this film was stored. It can expire and have bad color shifts if it has been stored outside of a frozen state. Lomography makes a faux-aerochrome color negative called Lomography Lomochrome Purple. This film is usually made in batches. The second Lomography releases it, it sells out quickly. Sign up for their newsletters to find out when they plan to release their next batches. Lastly, Dean offers a color negative, color infrared film called Color Negative Infrared or CIR. While different from Aerochrome, the effects are similar.

About the author: Bill Manning is the co-host of Studio C-41, a podcast about film photography. You can also connect with Studio C-41 on Facebook, Twitter, and Instagram. This article was also published here.

Image credits: All images used with permission by Mark Schneider. Images may not be used without his permission.