A few years ago we shared photographer Richard Mosse‘s unique infrared imagery that he had shot in The Democratic Republic of Congo for his series Infra. Taking advantage of an old type of Kodak film called Aerochrome, he infused new color into this war-torn and often forgotten part of the Earth.

Now he’s taken that project a step further by creating a documentary film called The Enclave. Shot entirely on 16mm Aerochrome film, the footage reveals both the unseen infrared bouncing off of the vegetation, and this too-often unseen “ongoing humanitarian disaster.” 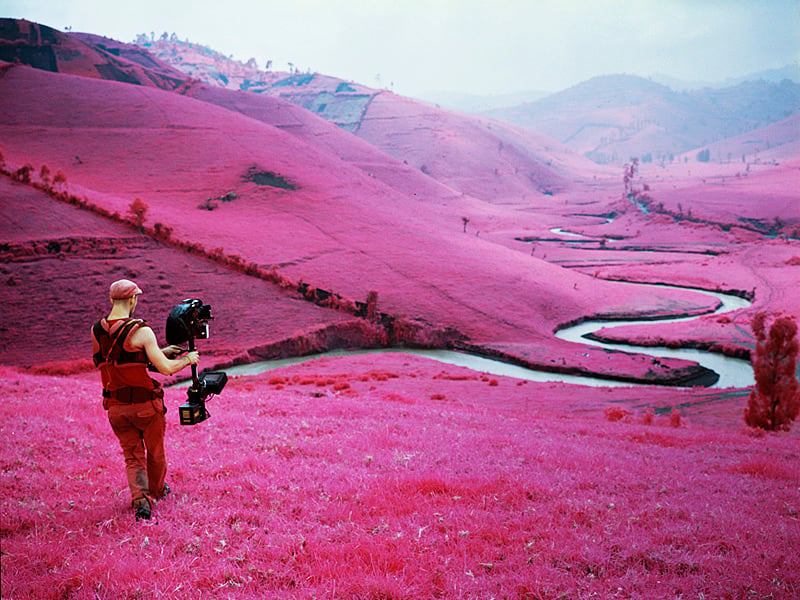 Mosse’s work in The Congo has been eye-opening. He considers himself an artist who happens to work where many photojournalists also spend their time, and so his ultimate goal is to capture beauty in the midst of all the devastation.

“Beauty is one of the main lines to make people feel something,” explains Mosse. “Often, if you make something that’s derived from human suffering or from war … if you represent that with beauty, and sometimes it is beautiful, that creates an ethical problem in the viewer’s mind.” 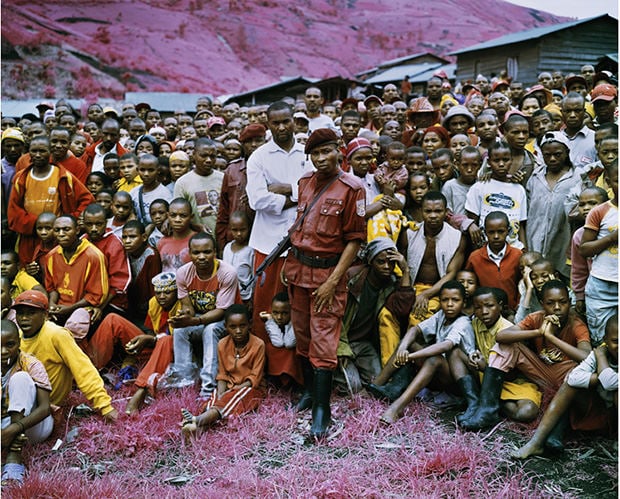 He continues to say that his message in The Enclave, however, isn’t even being delivered through beauty, but through the color pink that replaces the greenery of the foliage when shooting with Aerochrome. The effect has been the same though, people are confused and often offended, and that’s his goal:

How much more constructed is a pink photograph than a black-and-white photograph? … They’re confused, and angry, and disoriented. And this is great! Because you got them to actually think about the act of perception and how this imagery is produced and consumed. 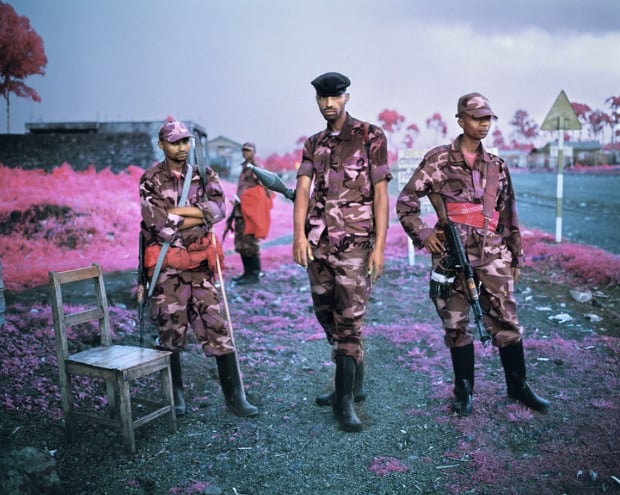 The Enclave recently debuted at the Venice Biennale contemporary art show, and will run there until the show closes on the 24th of November. If you happen to be in Venice, you can see the movie in the Irish Pavilion; otherwise, you can see more of Mosse’s work by heading over to his website here.