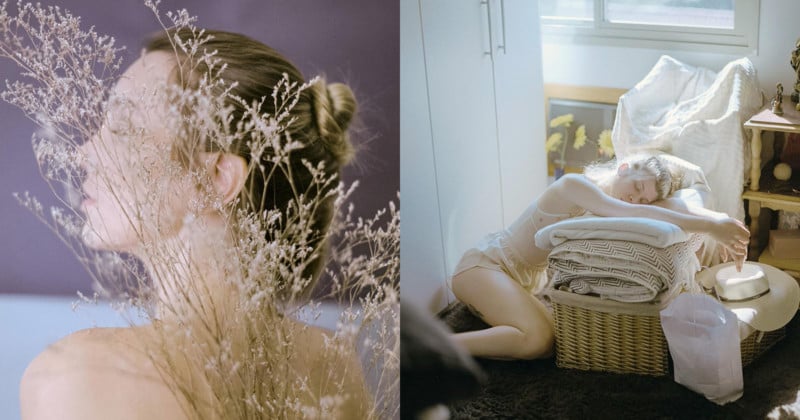 I’ve been shooting analog for almost four years now, and all I can say is: analog has truly changed my life and what I think about what it means produce photo imagery. My first deep contact with analog photography was during college, and back then I would never imagine I would be shooting film today, in 2018.

When my old professor got us into a darkroom, I remember clearly finishing class and telling myself I would never again go into a darkroom for the rest of my life. The smell was terrible and loading film into the camera for a few exposures and a lot of lab processing seemed really outdated in 2007. Digital was already the standard for most photographers, and that was not different for me.

My second contact with analog photography was in 2012 when I discovered a fellow coworker had an old Canon AE-1 and used it to shoot his personal projects. I also remember clearly telling him how crazy and wrong he was, using an outdated technology that was going to be dead in a few years.

But the switch for me happened in 2014 when I discovered that medium format was the perfect system for my kind of photography and that a digital medium format camera was, at that time, about the same price of my recently bought car. That’s when I decided to buy my first analog-back medium format camera, a Mamiya 645 PRO TL.

From that day, future me would always wonder what past me would say about that choice. Since seeing the first (bad) results, I’ve fallen in love with film and have evolved into shooting exclusively analog nowadays.

This article is an answer to all the people who ask me why I still shoot analog today. This is not at all a digital versus analog kind of article, and my main goal is to present film cameras as a viable tool for some kind of work and practices, just as digital is for others.

During my first medium format shoots, I realized I couldn’t miss like I did in digital. Professional color and B&W film is very expensive in Brazil (where I live) and it was not my plan to deplete my bank account as I pressed my camera shutter. I realized I was going to need way more planning than I was used to shooting digital.

When you shoot analog, as a standard, you click a lot less with a big increase in quality. You tend to think twice (or thrice) before pressing the shutter and you learn fast to identify the kind of life material that will provide you great pictures.

I can’t count the times I positioned a model in place, looked over the viewfinder, and after a few minutes of composition trials said “Nah, let’s just move over to another picture, forget this”. Even for digital shooters, analog is a great way to practice visualizing images first in your mind, and focus only on stuff that will really work along with your goals. #2. Shooting film makes you keep an eye on the future

If you’re completely unfamiliar with film photography, I need deliver the news: analog cameras have no screens for reviewing your pictures after you shoot them. Yes, it is true. And since it is true for all analog cameras, it makes us stop the bad habit of obsessively reviewing photos throughout an entire shoot. The only screen you’ll be checking is the viewfinder and what is displayed inside it: the image you are in search of, not images you already found. 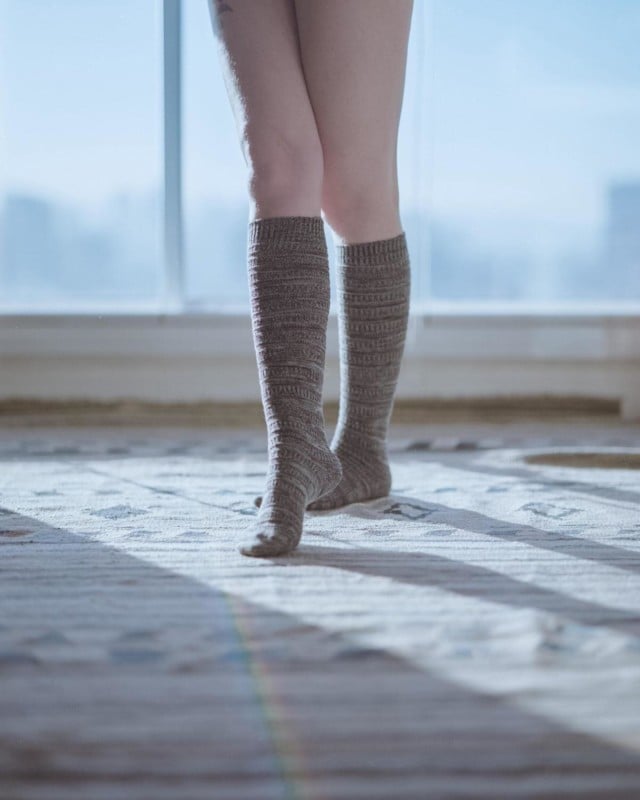 Using digital cameras makes us lose a lot of time checking pictures, not to mention it creates a tension with the people you photograph since they have the possibility (and expectations) of seeing how they performed during the shoot.

That’s what I just said in the first topic, what matters most happens outside the camera, and having no LCD to check pictures you just made helps you focusing on the future and what you will do next. The camera is now a bridge that takes you to the future, never to the past, at least while shooting. With digital cameras people tend to get immersed in the screen browsing pictures and, before they realize it, they just lost contact with the world around and the stuff happening in it.

#3. You get access to a lot of different equipment

Although this is changing today, in the digital world you still don’t have nearly as many camera format options as you have in analog. And what diversity you do have is sometimes incredibly expensive (yes, I’m looking at you digital medium format and large format scanning backs). 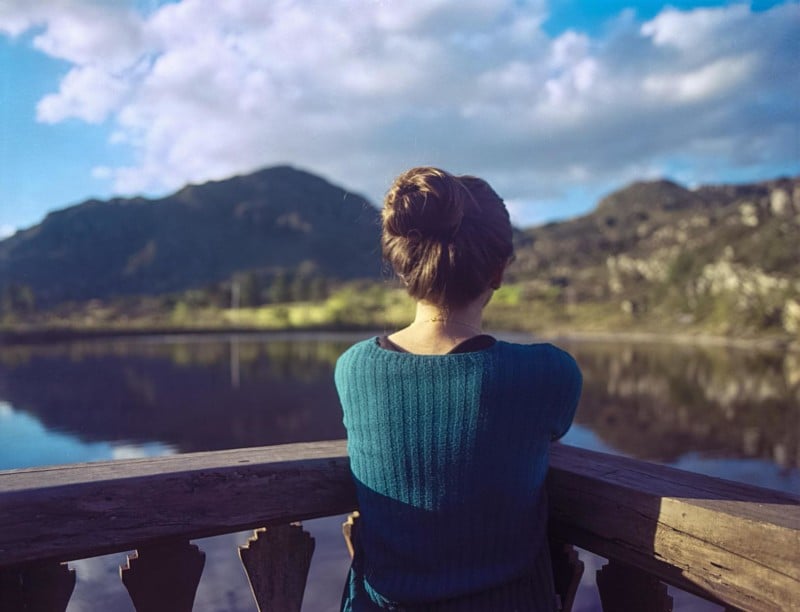 In the analog world, you have cheap accessible options for any camera format you need, from 110 small film frames to 8×10 ultra large format cameras. You can always find many options for any camera format. Do you like 35mm “full frame” digital cameras? You can buy a Canon EOS Elan 7 on eBay for as low as $149 and use all your Canon EF lenses on it. My once-beloved Olympus OM2 can be bought for about the same price, lens included.

Even medium format, financially inaccessible for 99% of digital photographers, can be bought for really good prices online. My Pentax 67II cost me about 400 bucks along with a 135mm f/4 lens. And not to mention we generally don’t have “real” medium format on digital since most of the sensors are “cropped” 44x33mm versions, and we know that the “real” look of medium format is achieved when you use 6×6 or 6×7 (60x70mm) frame sizes.

Large format is not really even a thing yet in the digital world since scanning backs are extremely expensive and very limited to specific areas of work. Most large format photographers still shoot film today.

#4. You really learn how to meter light

Everybody does it: you perform a careless light metering, press the shutter button, check the picture and correct the exposure in the next click. You lose time and connection to the scene in order to check a screen. Sometimes you don’t even care about the exposure. If it’s not that wrong you can recover bright and/or dark areas in post-processing. In analog photography, you can’t run away from carefully meter light.

I hear a lot of people saying “Wow, the beauty of analog photography is you don’t know what the results will be until you develop the film”. That common belief could never be more wrong. Shooting analog is knowing every aspect of what you are doing. Or at least you try to, and that’s how you learn more and more.

You press the shutter and you know exactly what will come out of it. You saw the image and captured it. Of course, you can’t show other people before developing and scanning the film, but you know what you just did.

In my opinion, the best strategy for photography beginners is to learn the basics using digital (fast result checking and smaller learning curve) and then practice all of the basics using analog cameras. This way, the student will be forced to deeply learn all the subjects involved in the acts of light metering and adjusting camera variables.

While shooting analog you practice a lot of catching the moment at the right time. If you deal with moving subjects you really need to develop timing and sense of space and time.

As an analog photographer, you learn to work like a Swiss clock, being very accurate and precise. Besides that, most cameras have no other functions beyond the basics: exposure controls and that’s it. Image stabilization, extremely efficient autofocus systems, and all the other technological (sometimes very useful) innovations. With a few exceptions, when you shoot analog it is only you and a metal box with a lens attached in your hands.

The popularity of film emulation presets like VSCO prove what I’ll say: analog film color rendition and black and white tones are amazing. There is nothing like it in the digital world. I still haven’t been able to reach the same color results I have in analog using digital cameras.

As I said before, I started in analog photography because I wanted cheap medium format options. I found these options but today I say I still shoot analog because I discovered colors I would never imagine one day a camera would be able to produce.

In addition to that, with an analog camera you can have access to a myriad of different “sensors” with different color renditions since you can use one film today and another film from another brand the other day. For example, my favorite ones are Kodak Portra 400 and 800 to most situations, but I love using Fuji PRO 400H when shooting in places with a lot of green because of the green tones it provides. 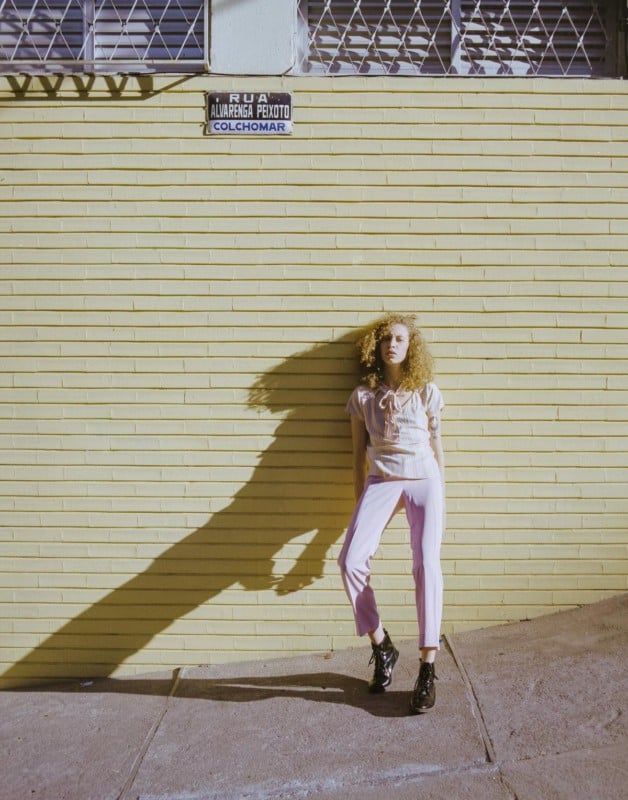 The wide latitude film provides (as long as you meter and process it correctly) is another thing we won’t find in all but the most expensive digital cameras. Any cheap film like Fuji X-Tra 400 or Kodak Colorplus 200 has the potential latitude comparable or higher than any full frame high-end camera.

Film has a big capacity of storing light, with the advantage that if you overexpose it you won’t be missing the highlights, only boosting the shadows. When the process of taking the picture is happening, the highlight areas saturate and stop to store light as fast as the shadow areas. When we meter film we think in terms of contrast. Overexposing it we have shadow information and less contrast. Underexposing it, we have more contrast and less shadow detail. 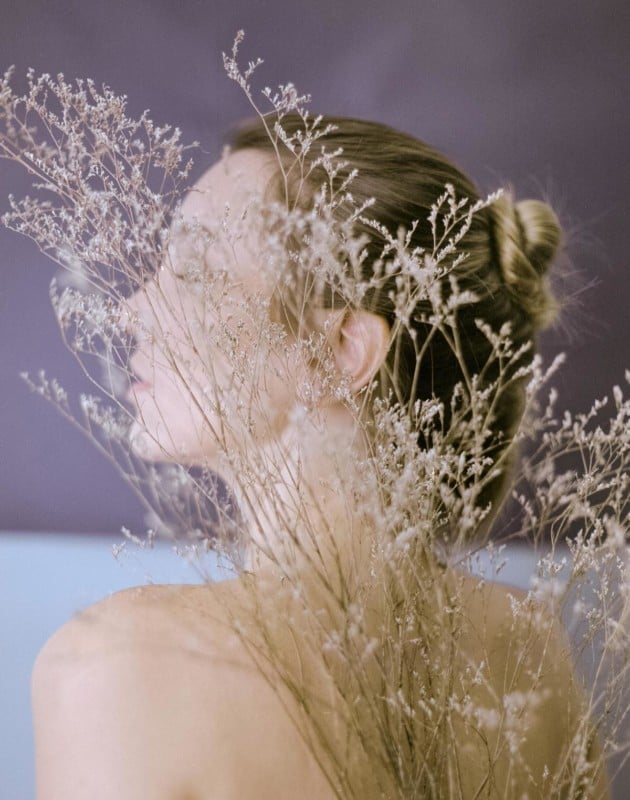 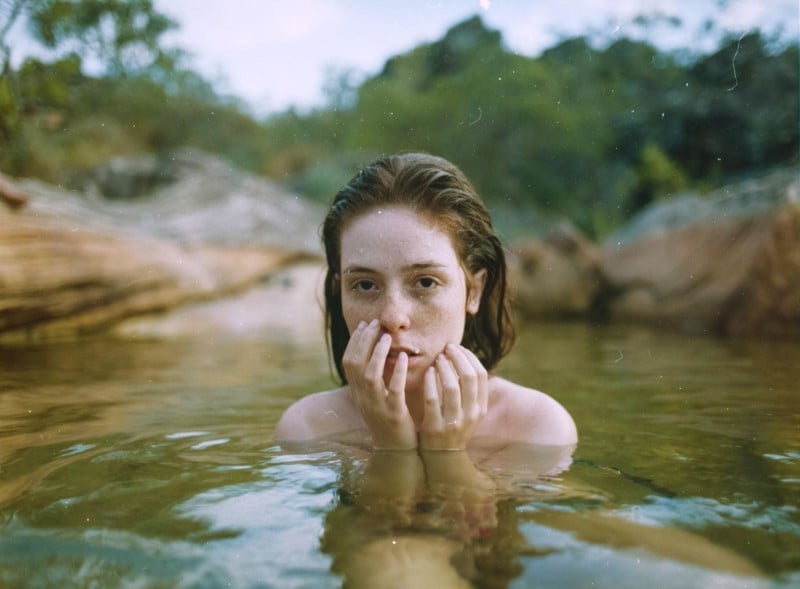 No, no one will ever abandon digital photography in order to go full analog nowadays, and that is not my point. I hope I was able to present analog cameras as a viable and useful option for:

1. Having access to different camera formats without going bankrupt.
2. Use as means to practice basics of photography and thoroughly light metering.
3. Use to practice linking with the outside world and be less immerse with the camera.
4. Use as another photographic tool for different results than digital.

My other goal is to encourage more people to start using film. It would be a shame to let this industry die when so many beautiful and important images in the history of the world where made using this media. Film is yet alive. Let’s keep it that way.

About the author: Neto Macedo is a Brazilian portrait photographer. The opinions expressed in this article are solely those of the author. You can see more of his work at his website and Instagram. He also writes some technical content in his blog.

Brono Wants to Revolutionize Lighting with a Grid of Mirrors