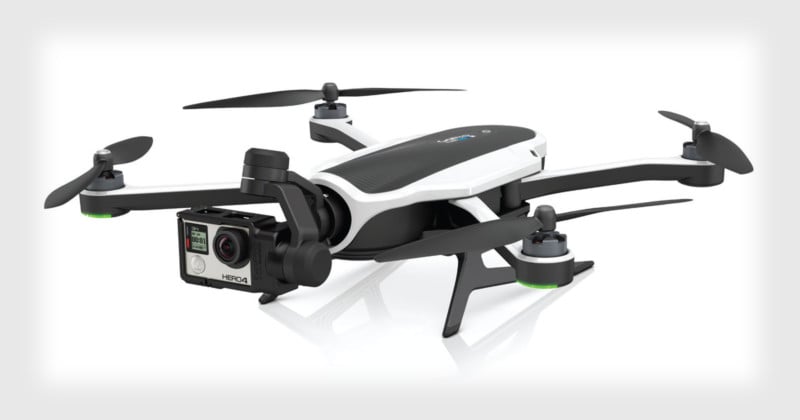 GoPro is reportedly laying off roughly 200 to 300 employees, mostly from the aerial division that works on the company’s struggling Karma drone.

TechCrunch first reported the layoffs after hearing the news from sources close to the company. GoPro wrote in a letter to laid-off employees that this decision was made “to better align our resources with business requirements.”

GoPro has struggled to compete in the camera drone market, which is dominated by the Chinese company DJI and its popular drones, such as the Spark, Mavic Pro, Phantom. DJI has a dominant consumer drone market share of about 70%.

GoPro’s Karma drone has faced a string of setbacks since it was announced in September 2016. DJI unveiled its own fordable drone, the Mavic Pro, just days after, and the Mavic Pro trumped the Karma in most important specs and features, both on paper and in hands-on reviews.

Then in November 2016, GoPro was forced to recall the Karma when owners began reporting that the drones would lose power and fall out of the sky (Karma owners were offered a free HERO5 camera if they sent back their drone).

The Karma didn’t return to store shelves until February 2017, when GoPro revealed that the flaw had been a faulty battery clasp that would cause the batteries to disconnect in-flight. By then, however, the damaged had been done — GoPro’s Karma had taken a serious reputation hit and the DJI Mavic Pro had enjoyed months of sales while the Karma was in for repairs.

It seems that these struggles have taken a huge hit to GoPro’s bottom line, and management is now looking to stop the bleeding.

GoPro’s latest reported layoffs come just months after hundreds of employees were laid off in 2017 in a scramble for profitability. The cuts seem to be working: the company reported a 34% jump in revenue in late 2017 after losing $373 million in 2016, causing the stock to surge over 20%.

It remains to be seen whether this latest attempt at refocusing GoPro on its core profitable businesses will pay off the same way.

How to Do HDR Photography… Using Microsoft Excel