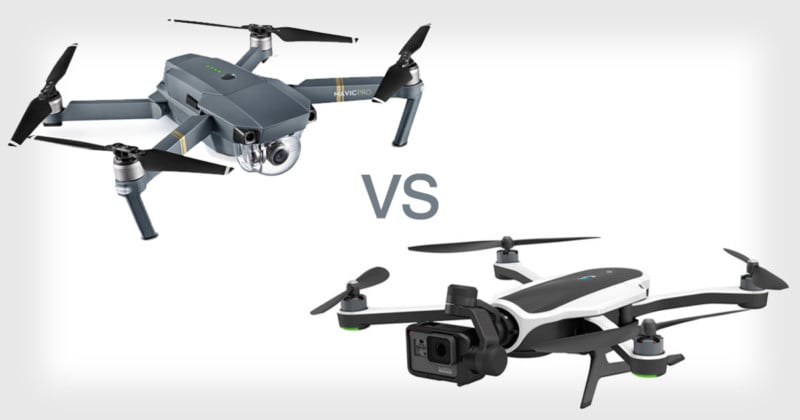 In the span of just over one week, DJI and GoPro each unveiled a foldable and ultra-portable personal camera drone. With so much hype surrounding these two products, we’ve decided to do a comparison of features and specs to see how the Mavic Pro and Karma stack up — at least on paper. 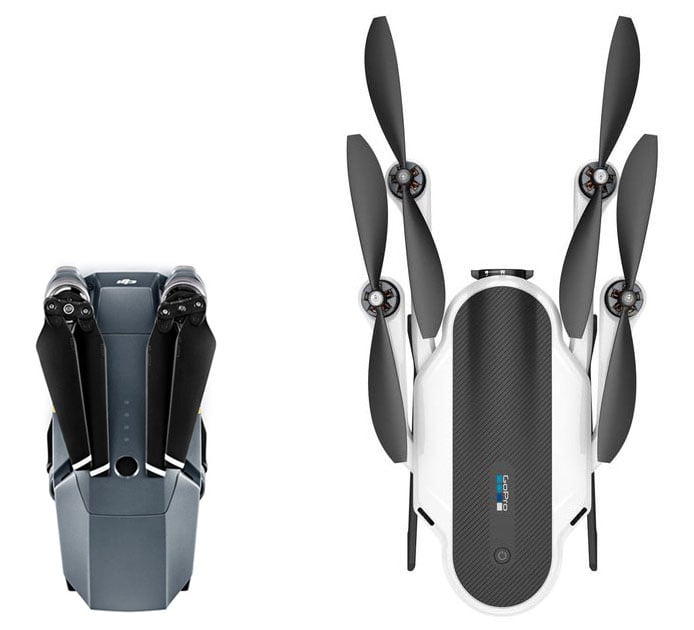 One of the main features of both drones is the fact that they fold up for easy storage and transport. While the Karma’s arms fold in, the Mavic Pro’s propellers fold up as well, giving it extra compactness (the size of a water bottle, DJI says).

The Mavic Pro has a built-in camera, while the Karma requires a separate GoPro camera to be attached to the front, adding some additional size and weight.

Both the Mavic Pro camera and the GoPro HERO5 Black use 1/2.3-inch, 12-megapixel CMOS sensors. Both are capable of shooting both JPEG and RAW photos as well as 4K video.

We won’t know how the image quality of the cameras compare until they’re pitted against one another. 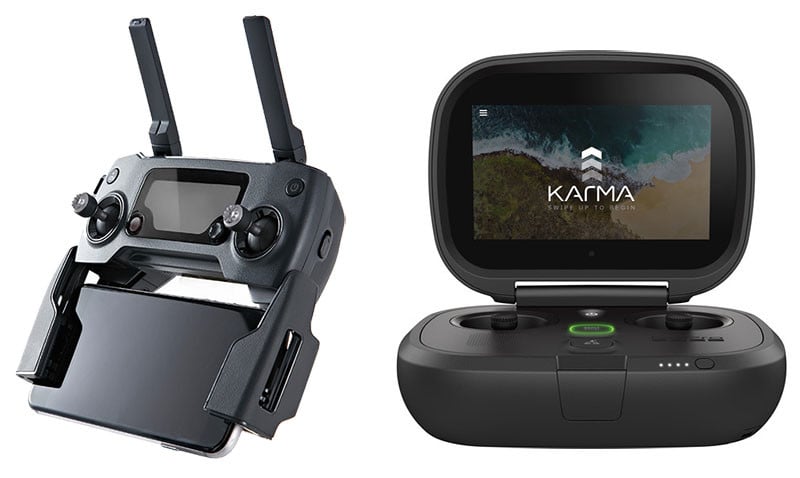 The Mavic Pro remote controller features an LCD screen with essential flight info and can be paired with your smartphone for powerful auto-flight features and a live 1080p video feed from the drone. Since you can use various phones, the specs of your touch display are up to you. The Karma controller is inspired by video game controllers and features a 5-inch, 720p touchscreen with a live video stream.

Mavic Pro’s auto-flight features are geared towards people who want to operate a drone without necessarily having the skills to fly a drone. Karma has some automated features, including the ability to travel between two points, but it’s geared much more towards manual controlled flight.

Although its brand is dominant in the action camera industry, GoPro’s stock has been hammered in recent times due to slowing sales and disappointing financials. The company spent months hyping up the Karma as a major expansion into a new business, stepping into the ring with camera drone heavyweight DJI, but the official Karma unveiling on September 19th was quickly dwarfed just days later by DJI announcing the Mavic Pro.

With stronger specs in important categories, better intelligent flight features, and an attractive price point, the DJI Mavic Pro has quickly sucked the wind out of GoPro’s sails. GoPro’s stock responded by plummeting over 6% at one point yesterday after DJI’s unveiling.

Update on 9/29/16: It seems that GoPro has changed its Karma specs page since our original post yesterday. Instead of having a max operating distance of 1km, the page now says “up to” 3km.

iPhone 7 Has Third Best Smartphone Camera DxOMark Has Ever Tested