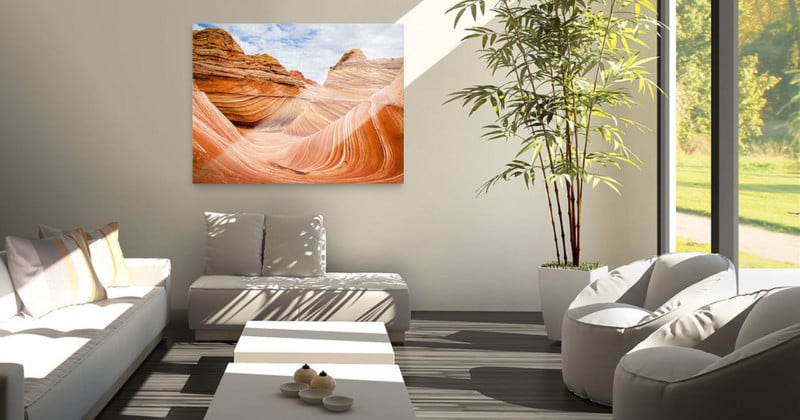 Just months after Verizon became its parent company in a $4.48B deal to acquire Yahoo, Flickr is pulling the plug on both photo book printing and its wall art creation services.

TechCrunch reports that Flickr made the announcement in an email sent out to users this week.

Flickr will no longer be in the photo book publishing business, which it entered in 2013. As of October 16th, 2017, all photo book printing operations have been outsourced to Blurb. Photo books of your photos can still be ordered through Flickr, but they just won’t be Flickr-made.

The wall art service isn’t as lucky: it’s being ended completely. Allowing users to turn photos into wall art was first announced back in 2014. They soon received criticism for selling Creative Commons photos as wall art without compensating photographers, leading Flickr to stop the practice and issue refunds of all sales up to that point.

Flickr will be offering its Pro members a $35 credit toward their first Blurb photo book purchase and another $35 for a second purchase of $70 or more.

If you already have a photo book or wall art order in the pipeline, you have until December 1, 2017, to finish it up and get it ordered through Flickr’s system that’s being phased out.

Yes, Using a Copyrighted Photo Without Permission Can Get You Sued…