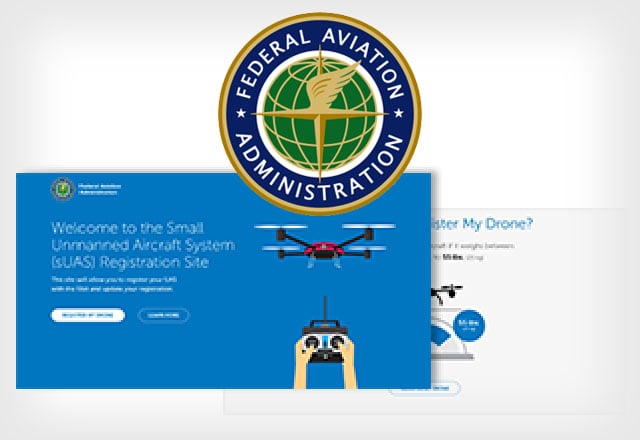 The FAA announced its drone registration process today, a couple of months after announcing the registry: if you operate a drone that weighs over 0.55 pounds and less than 55 pounds, you’ll need to register it by February 19, 2016. There’s also going to be a $5 fee.

A coalition of media organizations petitioned the government to not impose any registration fees last month, but it seems that the FAA decided that a $5 fee is necessary for the 3-year registration. Drone owners will need to provide their name, home address, and email address. In return, the FAA will issue a Certificate of Aircraft Registration/Proof of Ownership, which provides the operator with a unique ID number that must be displayed on the drone.

“We expect hundreds of thousands of model unmanned aircraft will be purchased this holiday season,” says FAA Administrator Michael Huerta. “Registration gives us the opportunity to educate these new airspace users before they fly so they know the airspace rules and understand they are accountable to the public for flying responsibly.”

The new registration system will only apply to hobbyist and recreational flyers. If you’re a professional drone operator, your online registration won’t be available until spring of 2016. You can find the full FAA rules here and keep your eye on the registration page here.

Image credits: $5 photo illustration based on image by Ryan McFarland

Nikon D5 Seen from All Sides in New Leaked Photos

This Photographer Does Photo Shoots on a 350ft Cliff