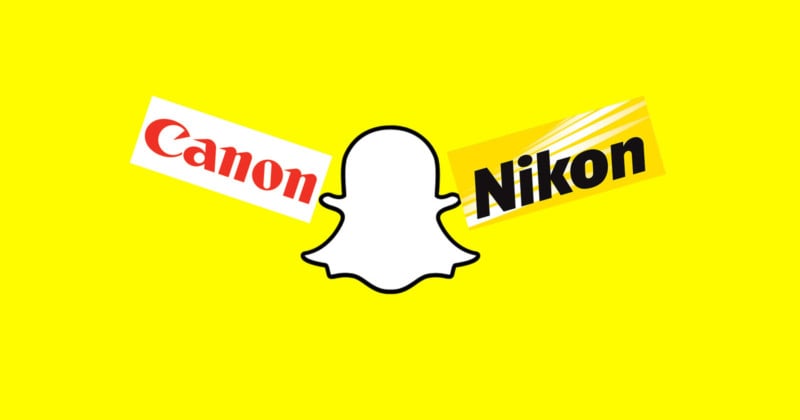 Snapchat is best known for being a social messaging app that has transformed the way people share photos. But its parent company, recently renamed to Snap Inc., has much loftier goals: it’s aiming to become a juggernaut of a camera company.

Snap took a huge step in the direction of camera hardware in September 2016 by launching its Spectacles, which are camera-equipped glasses that allow users to snap and share the things they see.

The company’s name change from Snapchat Inc. to Snap Inc. — and the launch of its new website at snap.com — were all announced at the same time. And now the website states Snap’s new identity in just 6 words: “Snap Inc. is a camera company.”

Last month, Snap quietly filed for an IPO, and it’s being reported that the company may be valued at $20 to $25 billion once it becomes a publicly traded company. And if you’re wondering how a 5-year-old photo sharing app created by a few Stanford students may convince investors to buy into that valuation, the explanation seems to be Snap’s growing ambitions of doing much more in the photo industry than simply providing its famous app.

Business Insider reports that Snap, which has already raised over $2.6 billion in funding thus far, has been hunting for photography hardware companies to acquire. Companies in niches such as camera drones, wearable cameras, augmented reality, and virtual reality.

One of the companies Snap has reportedly looked into is Lily, the world’s first “throw and shoot” camera that generated considerable hype in May 2015, eventually pulling in $34 million in preorders.

The wearable camera Narrative is another company that’s said to be on Snap’s radar.

Snapchat’s 2014 acquisition of a company called Vergence Labs is what led to its new Spectacles camera glasses, which people are standing in line for hours to buy for $130 whenever its vending machine pops up in various places. That startup was also working on a gesture-controlled drone when it was bought out, Business Insider says, so it’s not far-fetched to think that Snap might be eyeing an entry into the exploding consumer camera drone market.

Finally, get this: if Snap ends up being valued at $30 billion when it goes public, it will be worth 5 times as much as Nikon (~$6 billion) and about the same as Canon (~$32 billion). And we may soon be talking about Snap as a direct competitor to those two Japanese camera giants.