If you’re using a smartphone to capture light painting photos, the phone is usually IN the photo as a light source. But the new Pablo app lets you actually use your iPhone as the camera, capturing light trails that mimic traditional long exposure shots.

As you may have already guessed, Pablo isn’t just a long exposure app. With a tiny sensor like the one in an iPhone, that probably wouldn’t pan out very well.

Instead, the app uses an algorithm to follow any light source in your image and trace light trails as you watch, live, on the back of your phone. The final product comes in two forms: a still image of your final light painting, and an HD video of the process.

There are a few basic controls in the app. You can change light sensitivity (read: ISO), exposure time (total amount of time you want to capture), and set a self-timer that lets you step into your own creation.

Plus—and, in our opinion, most interesting—the app can turn current videos in your camera roll into light paintings. Upload them to Pablo and watch as the algorithm begins tracing the light sources in the video. Pretty neat.

Finally, the app is all about sharing these creations with the rest of the Pablo community. You can share your light painting to a Community feed where you can find other Pablo users sharing theirs. And if you wanna broadcast more broadly, Facebook, Twitter, and Instagram sharing is also built in. 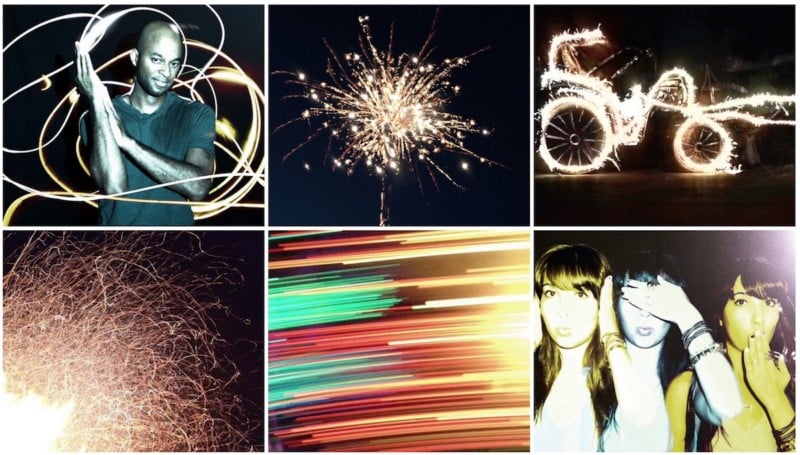 The Pablo app is available right now for iOS and is coming to Android sometime this Fall. To learn more or download it for yourself, head over to the Pablo website or visit the iTunes App Store.