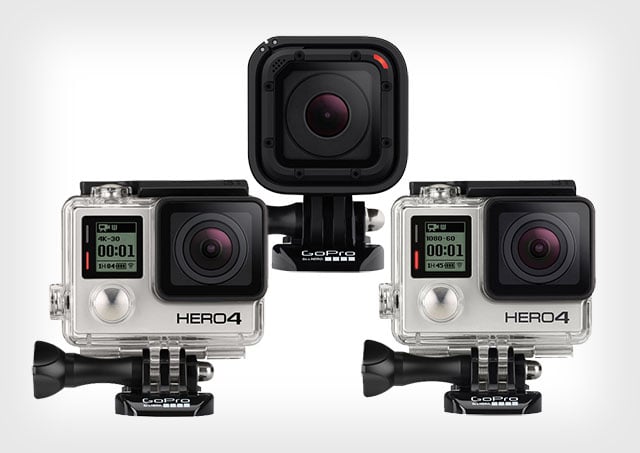 GoPro just announced the financial results of its latest quarter, and things aren’t looking very good for the flagging camera company. Investors were already bracing for the worst after GoPro slashed 7% of its workforce in January and announced a huge drop in camera sales.

Quarterly revenue has dropped ~31% from a year ago to $436.6 million, and the company lost $34.4 million in the quarter, GoPro says. In response, GoPro says it will be cutting down its camera lineup to offer just 3 main models starting in April 2016.

CEO Nick Woodman says that a new flagship model called the HERO5 will be announced in 2016, and he reminded investors that the company will be unveiling a new 4K camera drone called the Karma, which it has been teasing as of late.

The company will need to show signs of life and deliver a breakthrough product if it hopes to woo investors back. After peaking at over $85 a share back in October 2014, GoPro’s stock has continually hit all-time lows. It currently sits at around $9.60 per share. 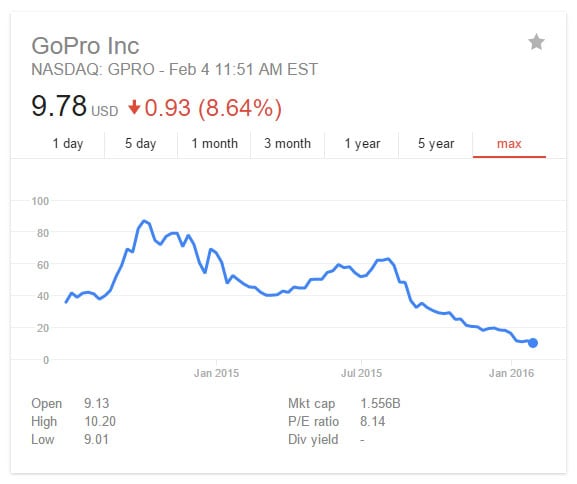 In addition to its action camera and upcoming drone businesses, GoPro says it’s also developing products and solutions for virtual reality experiences. GoPro acquired a VR software company called Kolor in April 2015, and it partnered with Google to create a $15,000 16-camera VR rig called the Odyssey in September 2015.

It remains to be seen whether these ambitious new efforts will give the company the spark it so desperately needs.