“In a splendid and romantic Paris, while everything is going too fast, a young man ride a ‘bicyle’,” the synopsis reads. “But his simple ride is going to take on a whole new dimension…”

Baudin tells PetaPixel that he did the shoot over two days in Paris, shooting 1,800 RAW photos with his Canon 7D to create the frames for the stop motion. Each exposure was a 2.5-second long exposure, since he wanted to show the world around his actors as blurry with motion and activity.

“I used the long exposure to dematerialize the people around the characters,” Baudin tells PetaPixel. “In this way, there are two periods in the same image.”

Baudin says he got the idea for the project after seeing a stationary exercise bicycle sitting unused in an apartment. After shooting some test photos, he found that the result was exactly what he wanted. 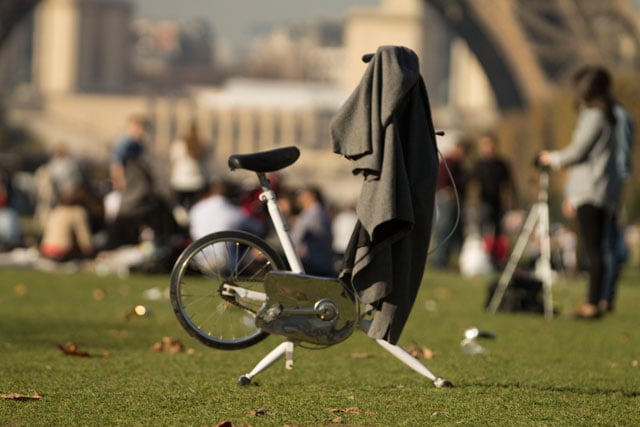 He then came up with a storyboard for his short film, detailing exactly the number of frames for each shot and what action or expression happened at precisely what time. 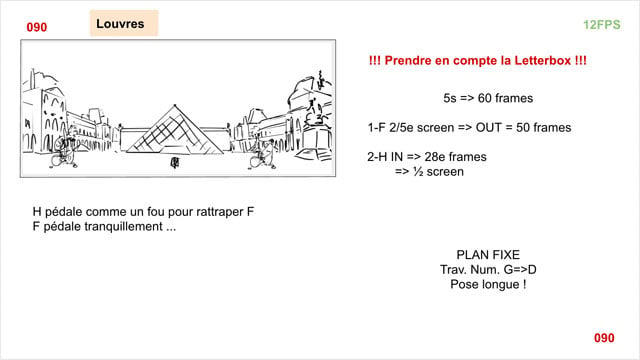 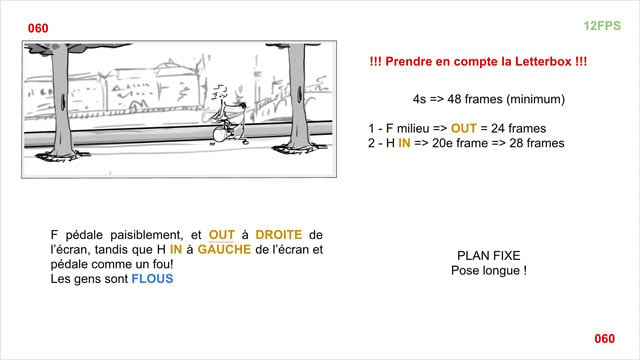 The actors, Rebecca Tetens and Tifenn Veysseyre, had to do incremental movements and then stay perfectly motionless during all the exposures. On the ground, Baudin used white chalk to draw a line that mapped out the positions of the bikes and expressions of the actors in each frame. 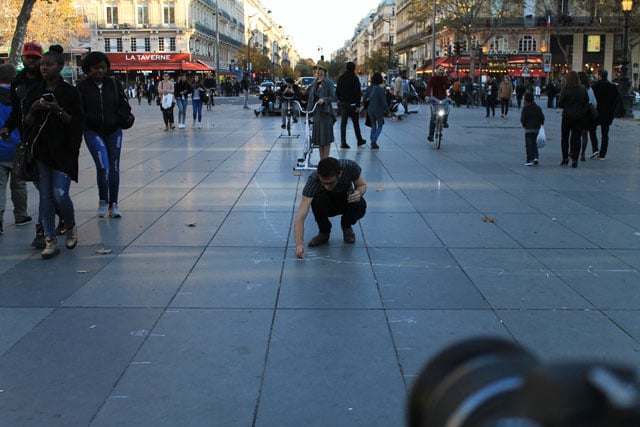 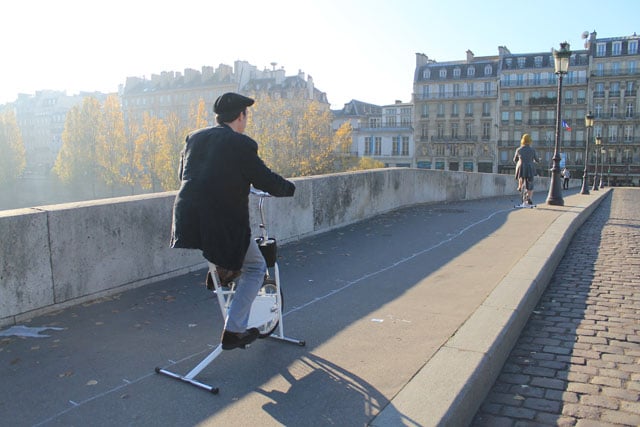 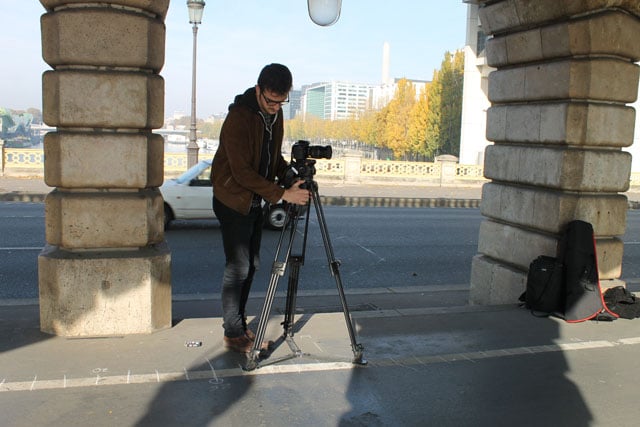 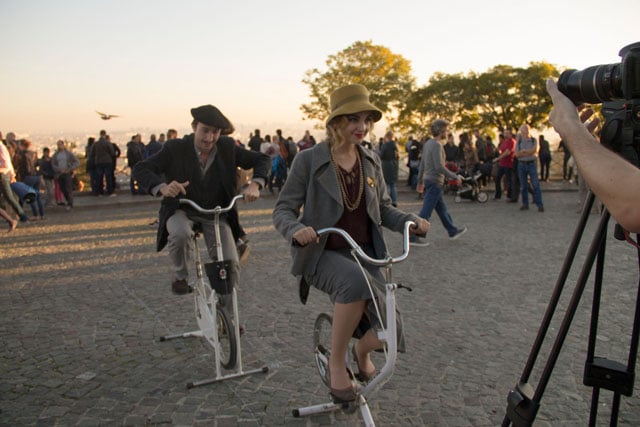 At the end of many hours of hard work, the short film above is what resulted when all the photos were put together into a video.