Photographer and artist Darren Pearson has released a stop motion project called “Fiat Lux.” It consists of 686 individual photos, all of which were meticulously light-painted and shot across multiple locations.

Pearson is the founder of Dariustwin, a Southern California-based company that specializes in light painting media and products. He first came across the light painting concept back in 2007 after coming across Gjon Mili’s 1949 photo of Pablo Picasso. Having seen the creative possibilities of long exposure, Pearson was quickly captivated and even left the filmmaking studies he pursued at the time to focus on this genre instead.

“It was a combination of so many things that happened to be evolving at the same time: tech (digital photography), art, LEDs, batteries, social media, creative software,” Pearson tells PetaPixel. “I felt like my world suddenly became a big real-life sketchbook when it got dark.” For Pearson, the attraction of light painting lies in the same reasons why neon signs are appealing: “it glows bright and beautiful compared to everything else.” This type of art also provided a creative outlet and allowed a step away from the mundanity of everyday work.

“Light painting meant going out at night exploring with friends and creating the wildest things my imagination could come up with — skeletons, dinosaurs, aliens, ghosts, whatever worked with the location was fair game,” explains Pearson. 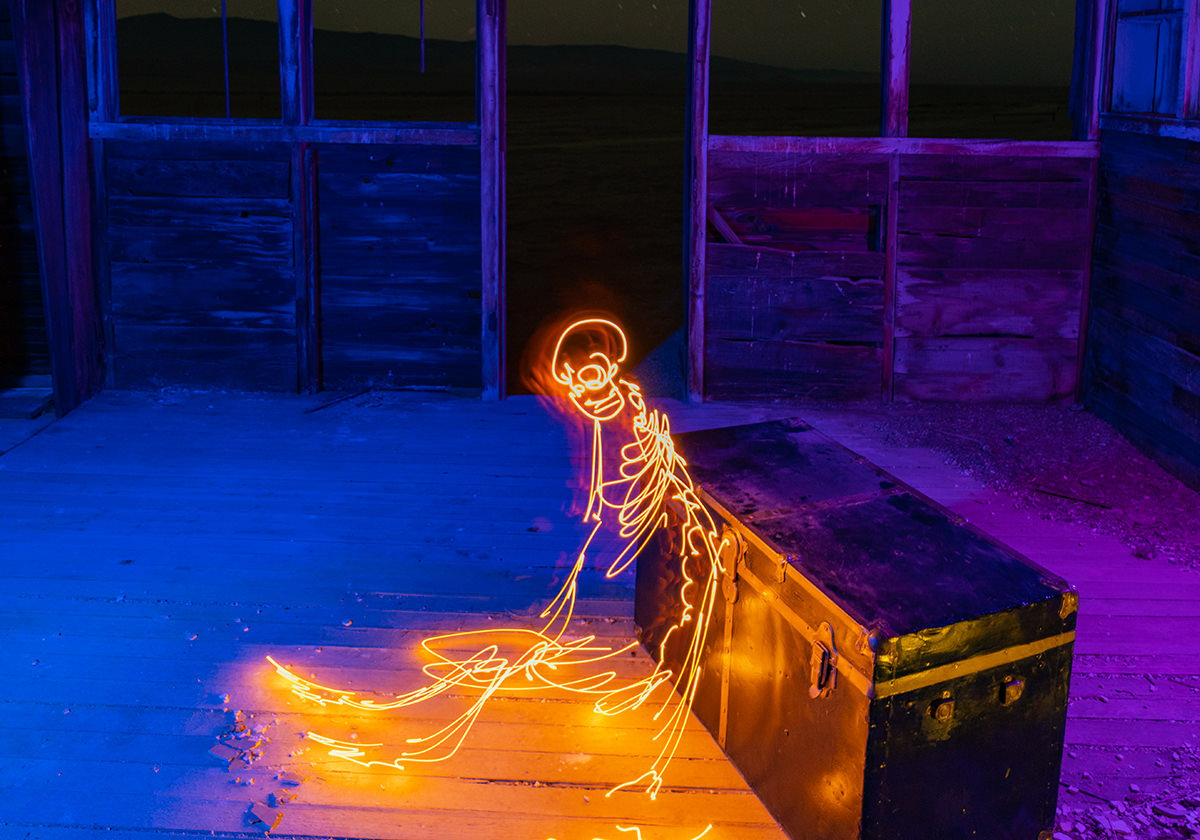 The idea for the “Fiat Lux” project was to create a western-style narrative made entirely out of light-painted photos. Pearson did most of the filming during the peak of the pandemic, but because of the remote locations for each of the scenes, it wasn’t an issue. 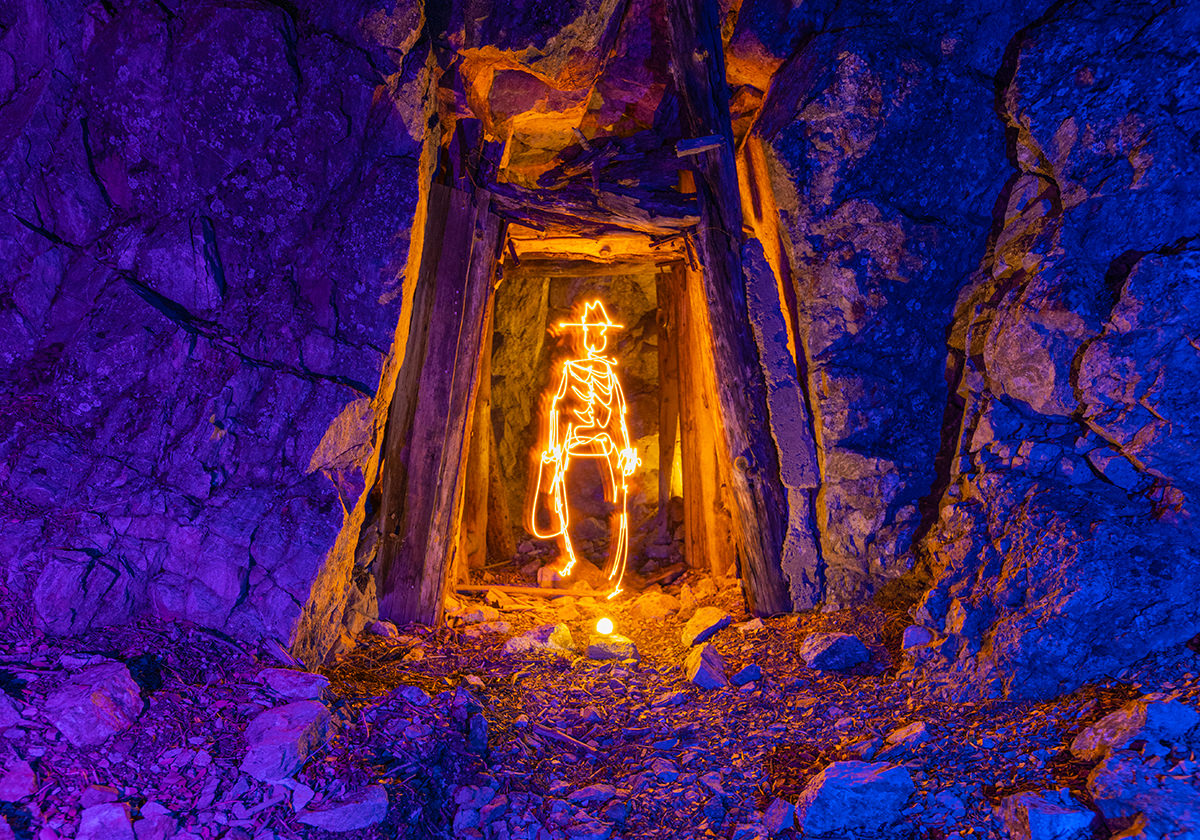 Pearson religiously checked weather patterns, moon phases, and the temperatures of locations he was going to visit. As it was a solo passion project, Pearson used his Sony Alpha 7R III on a tripod, alongside an arsenal of LED tools which he also sells on his website. “The thing with capturing long exposure photographs for hours on end and illustrating every frame by hand is that it really wears you out! I was so physically tired and sore after each capturing session, but I would still have to drive back home many hours away.”

“It was a test of endurance for each of these scenes, just watch the stars moving in the background and add on a few hours of driving back and forth to get an idea of how much time this process takes.”

Having now finished his project, Pearson is spending his time and energy on an NFT project titled “Midnight Martians.”