Now here’s a strange and unusual way to share behind-the-scenes footage from a photo shoot: after comedian and actress Amy Schumer recently posed for the cover of Glamour, the magazine released this lighthearted video that reveals what went on inside Schumer’s head during the experience. Schumer, not used to posing for this type of portrait, has thoughts on everything from the wind machines to busting her limited selection of signature looks.

Here’s the photograph that will be published on the upcoming August 2015 issue of Glamour: 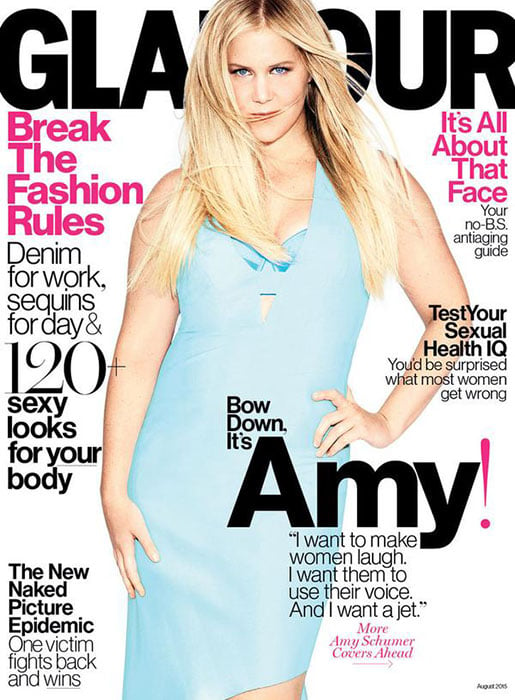 It’d be interesting to see this kind of BTS video for what actually goes on in the minds of professional photographers and models during shoots.