Colonel George Everette “Bud” Day is a retired U.S. Air Force Command Pilot who served his country during the Vietnam war, enduring a stint as a POW and earning the Medal of Honor and the Air Force Cross.

When he was asked to be on the cover of Smithsonian’s Air & Space magazine, it was portrait photographer Robert Seale who got the honor of photographing him, and for our sakes, he put together a behind-the-scenes video while he was at it.

They got started very early, wanting to capture the perfect shot during the golden hour at sunrise. Col. Day was to be photographed in front of an F-100 Super Sabre just like the one he flew during his time in Vietnam (his was called the “Misty 1”).

Here’s how the cover turned out: 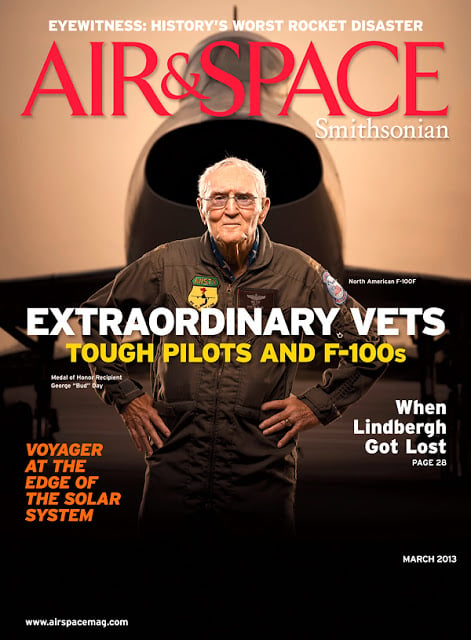 Seale describes what went into the shoot over on his blog:

We started shooting before dawn — long exposures on a tripod with battery-powered strobes. Nathan Lindstrom assisted on the shoot and did a great job. We used a Profoto 7B with a Plume Wafer Hexoval 180 on the side, and a Wafer 100 on another 7B boomed in front of the face as a fill.

The cover shot is great, but it’s definitely worth heading over to Seale’s blog to check out the rest of the images he took during the photo shoot. Those eager to learn will find details about every shot and how it was lined up, while the rest of us can check out the photos and pay our respects to an American hero and ridiculously cool 88-year-old.

Photog Documents the Illegal Hunting of Songbirds Along the Mediterranean