One of the things big time photographers are phenomenal at is getting their subjects to trust their judgement implicitly. Of course, how far does that trust really go? Well, in the case of celebrity photog Tyler Shields and actor Zachary Quinto, that trust meant Quinto being willing to be dragged behind a car at 40mph.

Shields has been doing the media rounds lately because he recently released a new book titled The Dirty Side of Glamour. The book is full of many of Shield’s controversial photographs, including the one of Glee star Heather Morris with a fake black eye, but to hear him explain it, it’s about getting celebrities to do real things. 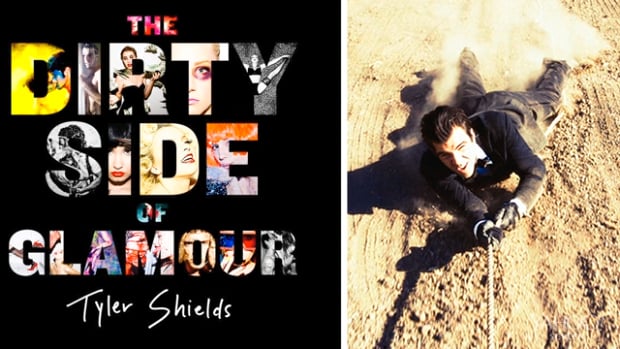 In the case of Zachary Quinto, who plays action hero Spock in the new Star Trek movies, Shields wanted to have him really performing a stunt, rather than handing the reins to a stunt man. When he spoke to Quinto about it, he loved the idea, and they were off to the races trying to figure out how to make it happen in a relatively safe way.

We say relatively because, even though Shields won’t disclose much in way of details, it seems one of his assistants had to act as the guinea pig before they put Quinto behind the car, and that assistant is a little worse for wear. Even Quinto, who had the protection of a cookie sheet under his tuxedo as he was being dragged, left the scene with some bruising he wasn’t too fond of.

Thankfully, he was fond of the final photograph. And when he saw it, at least according to Shields, all was forgiven. Check out the video at the top to hear Shields tell the whole story, and if you’d like, drop us a line in the comments and tell us the craziest thing you’ve ever had one of your subjects do!