“Reclaim Australia” protests broke out this past weekend in Sydney, Australia, with one side opposing the Islamization and immigration policies of the country, and the other side arguing against intolerance and racism.

Sydney-based street photographer Dillon Mak took his DSLR and GoPro into the middle of the demonstration, capturing both photos of the movement and some point-of-view video showing how he worked his camera.

Mak says he was inspired by other point-of-view videos he had seen featuring famous photographers, so he mounted a GoPro HERO4 Silver to his Canon 70D (used with Sigma 18-35mm f/1.8 and Canon 24-105mm f/4 lenses) to document his own perspective. 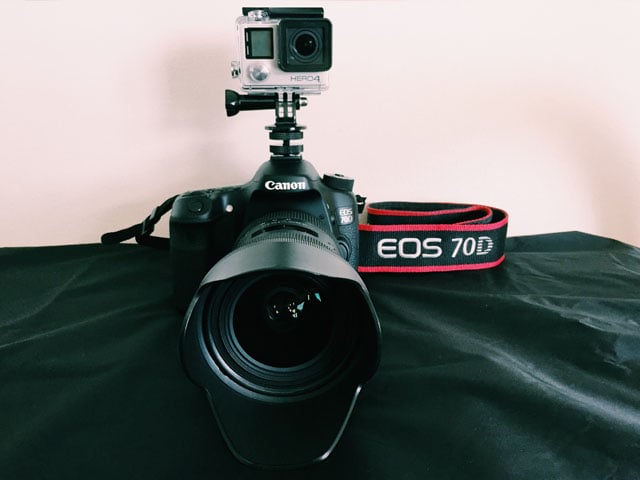 “I’m primarily a street photographer in Sydney but I do try to attend as many protests as I can because it’s good practice and I might one day get a great shot from a protest,” Mak tells PetaPixel.

“I didn’t attend the protests to shoot it strictly as a photojournalist so to speak, so the photos shown are just points at which generated the most interesting visual or dramatic photography.”

Here are some of the “keepers” that Mak left the protest with:

You can find more of Mak’s street photography work here, and more of his photojournalism-style images in this one. He also posts some of his work to his Instagram account.

“I will be continuing to upload more photographers POV videos from nearly protest I attend in the future,” he says, “so if photographers are interested in seeing more of this kind of content they should subscribe to my YouTube channel.”

Image credits: Video and photographs by Dillon Mak and used with permission

Beme Wants to Kill Selfies and Self-Consciousness in Social Sharing