This past weekend, hundreds of protestors clashed with riot police in the area surrounding the Maracana football stadium in Rio de Janiero. Their main gripe was the fact that the country is spending so much on hosting the 2014 World Cup despite many of the country’s public services still lacking in funding.

Rio de Janiero-based photographer Michel de Souza was at the protests capturing everything on camera, and also captured the point-of-view footage above showing what he saw as he snapped photos.

The footage was captured using two GoPro cameras mounted to his DSLRs, and was subsequently edited in a way that shows moments leading up to resulting photographs.

After thousands of people joined in on the protest, riot police were sent to fire tear gas and rubber bullets in order to break up the gathering.

De Souza says that covering the protests was an emotional experience, especially as he was editing the resulting video afterward. “I confess that, towards the end, it moved me to tears,” he tells us.

Here are some of the resulting photographs he captured yesterday: 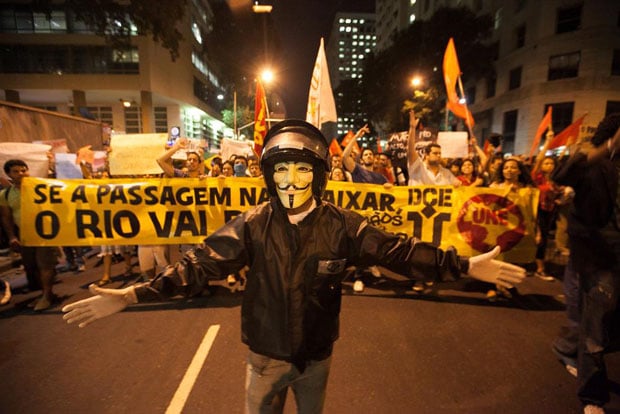 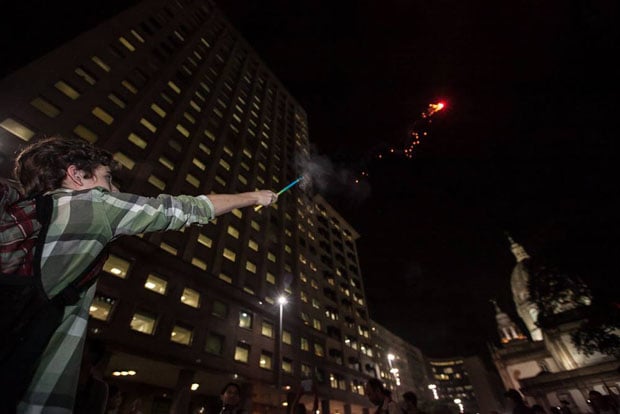 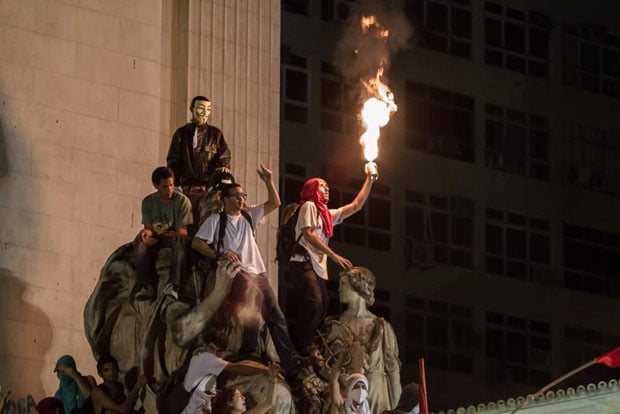 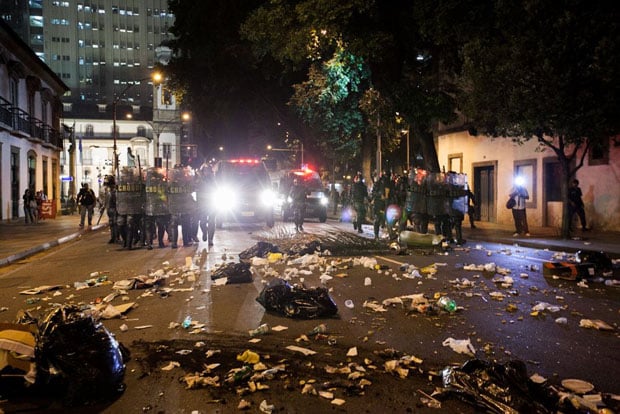 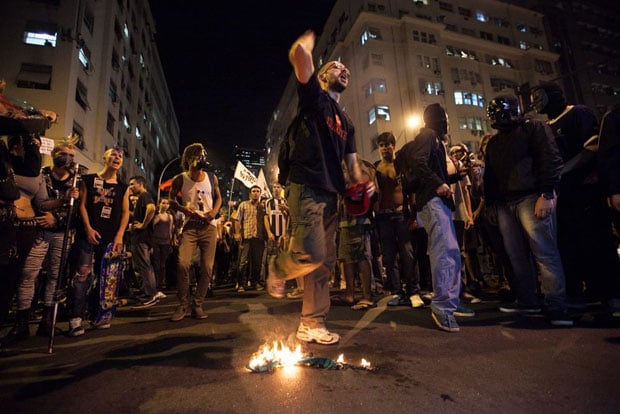 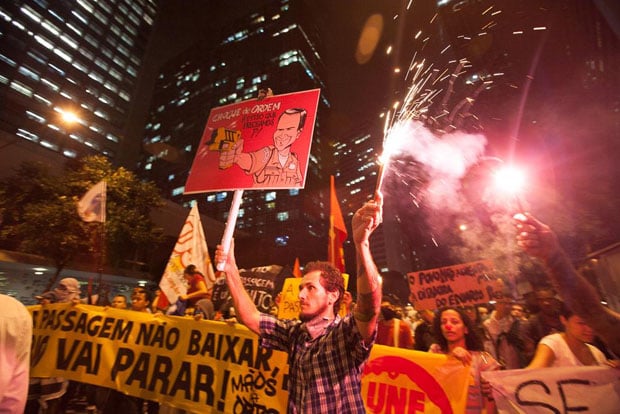 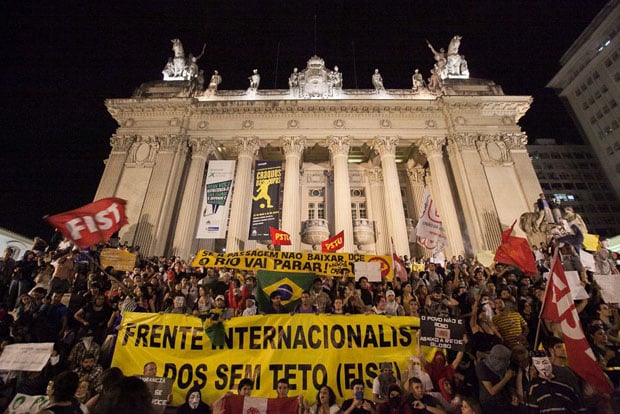 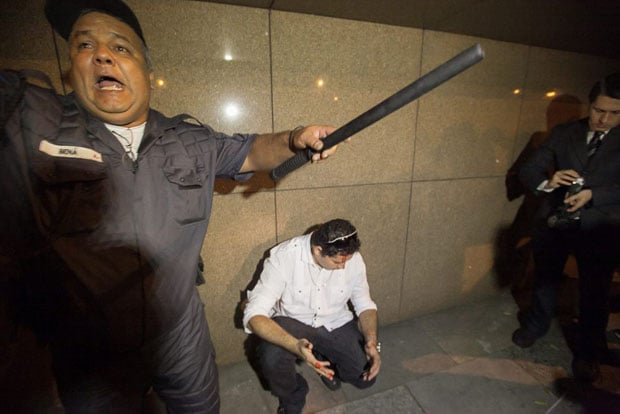 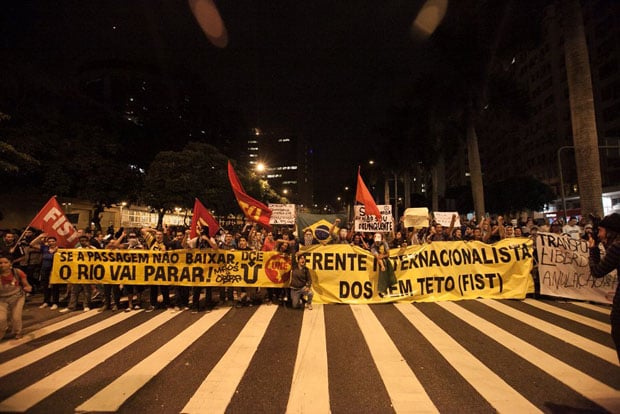 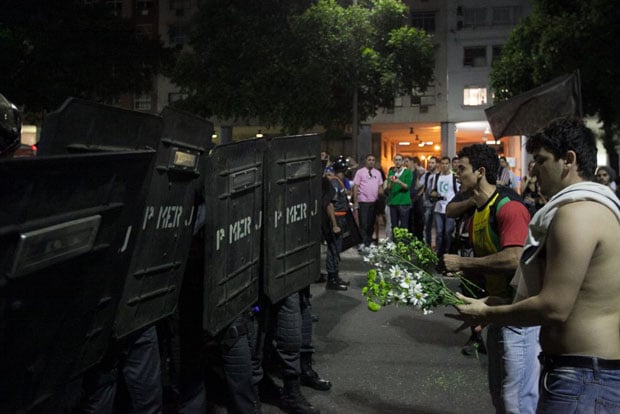 You can find a large collection of the resulting photos in this Facebook album.

Image credits: Video and photographs by Michel De Souza and used with permission