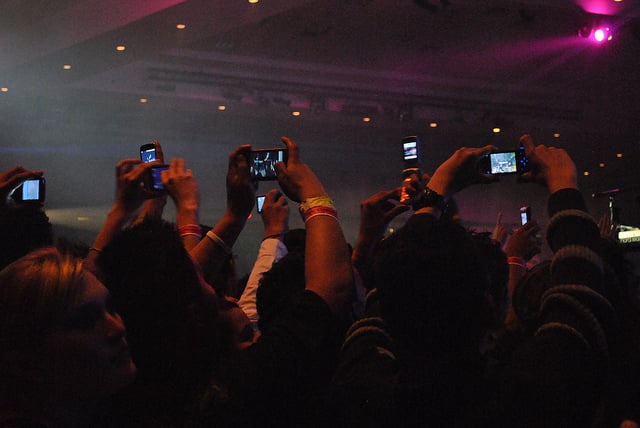 In the last paragraph of the article however, the City Paper did something even worse to photographers than the Foo Fighters ever could have: they called on the fans to submit photos of the show, and they offered to pay for them.

For the concert photographer, we’ve learned how to use our (typically very expensive) equipment, what shots work and which don’t, how to behave in a photo pit. We’ve fostered relationships with PR firms, management companies, artists, venues and publications over hundreds or thousands of events and we deliver substantial amounts of content for a relatively low price.

By crowdsourcing their content, City Paper has effectively removed this position as a viable income source. We simply cannot compete with 3,000 people all hoping to make a quick buck off their photos. The law of large numbers means that thousands of people shooting hundreds of pictures each will come up with a small amount of publishable photos, probably as many as a handful of seasoned photographers and that as supply rises, demand falls and prices go down. 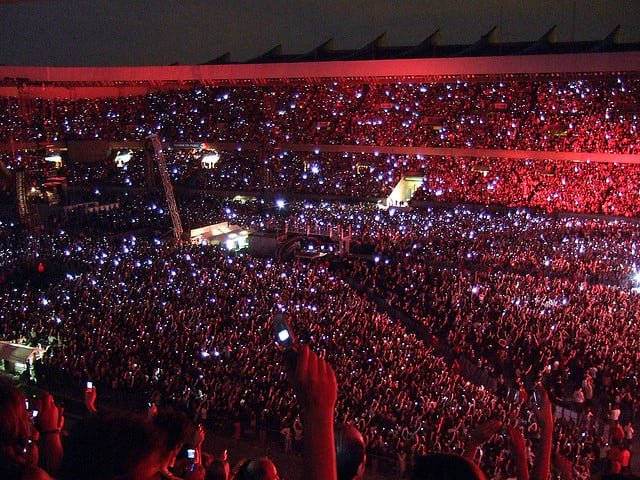 If no one is occupying the photo pit, the front rows of your local concert hall will become a wall of iPhones, with everyone hoping to recoup the a portion of the cost of their ticket by selling a shot. At the more raucous events (the ones I love to cover), the photo pit provides a slight barrier from crowd surfing, moshing or stage diving revelers, a benefit our new iPhoneographer won’t have.

In addition to concentrating on getting a sellable shot, Johnny iPhone has to contend with Drunky McMoshenstein crashing into him. If you don’t spend enough to be one of the few that splurge for front row seats, or don’t get their early enough to hug the barrier at a general admission event, prepare for even more cell phones in front of you than you already see.

There are a set of rules in place for concert photographers that make us less intrusive on the artist’s performance while still allowing us to get the photos we need to cover the event: we shoot 3 songs, we don’t use flash, we don’t do video, and we cull through our coverage. In fact I had just tweeted this recently before reading this article.

Will the new amateur, on spec, freelance iPhoneographer follow these same rules? Judging by what I see at concerts every week, no, not at all. The artist will contend with even more smartphones in the air, popping off flashes and bootlegging blurry grainy images and video with blown out sound straight to Instagram. For some artists, the response will just be “no photography.” 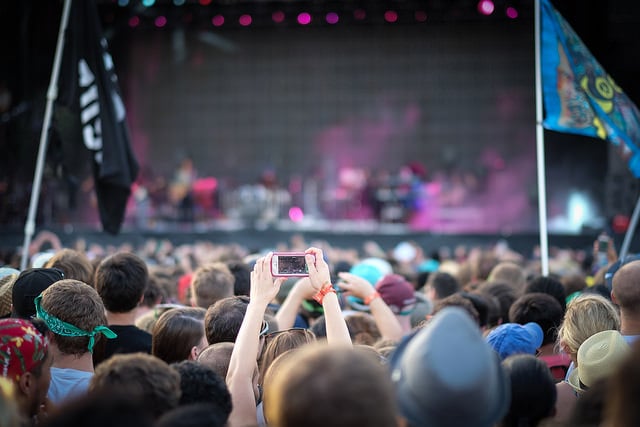 I’m not naive enough to think that we make or break artists as photographers, but we’re part of the machine, and we’re part of the only profitable portion left for them. In the long run, not having access to the high quality content created by concert photographers at your show will eventually hurt an artist that has already taken so many shots from the crowdsource distribution of their music.

The logistics of crowdsourcing photos will create a new burden for the publications. Rather than reviewing 25-100 images to select a few for print or publication, the publications will have to sort through thousands to tens of thousands of blurry, grainy, poorly composed shots for a few publishable gems. Concert photographers are not expensive as photographers go, typically making from less than a hundred to just a couple hundred dollars an assignment.

By the time you cull through all the bad photos find the good ones and post process them, what has the publication really gained in the process? Not much. What you’ve lost however, is a relationship with a professional who values and invests in his work, shows up when he says he will and consistently creates good content.

Put yourself in my shoes, and those of my fellow concert photographers; imagine you work for a company, you purchase thousands of dollars in equipment to work for said company and a third party comes along that has a contract that makes it incredibly difficult for you to do your job, through no fault of your own. Rather than simply not attending the event or requesting amendments to the contract, your employer decides to pay people who aren’t experienced and haven’t spent a dime on specialized equipment to do your job because they don’t have to play by the same rules you do, negating that pesky contract.

The end product is not as good as yours, but could be considered passable on occasion. You get a “super sorry, maybe next time that third party won’t be so mean,” and someone else gets paid. Does that leave you with the same warm, fuzzy feeling about the stand the Washington City Paper made for photographer’s rights? If they were a catering company and instead of sending chefs and cooks they sent people who really enjoy cooking at home, would that be standing up for culinary rights?

About the author: Kevin Bergin is a Boston, Massachusetts-based photographer who specializes in low-light, action portraiture. Be it local bands or festival concerts, hockey or surfing, nightlife events or casual journalistic photography of your family reunion, Kevin is up to the challenge. You can find his work on his website. This article was also published here.