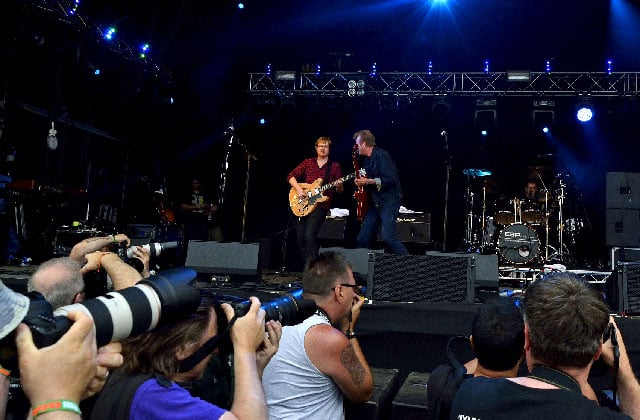 Restrictive concert photography contracts have been a big story in the photo world over the past several months. Taylor Swift, the Foo Fighters, Dweezil Zappa, and Janet Jackson have all made headlines for their extremely strict — and often rights-grabbing — contracts that photographers and reporters must sign before covering a concert.

Now a number of the media industry’s biggest associations and organizations have published an open letter to performers on behalf of thousands of photographers and journalists in the United States.

The letter is titled “An Open Letter to Performers Regarding Standard Terms and Conditions for Photographer and Reporter Credentials,” and it has been signed by 11 major groups so far, including the National Press Photographers Association (NPPA), Poynter Institute, American Society of News Editors, Newspaper Association of America, and Society of Professional Journalists.

“As performers have become increasingly vocal about protecting their intellectual property rights, far too many are at the same time exploiting those who visually report on them through onerous credentialing restrictions,” the letter says.

The groups are requesting to have a meaningful conversation with artists to create agreements that are beneficial to all parties involved.

Photos of the Strange ‘Crooked Forest’ in Poland