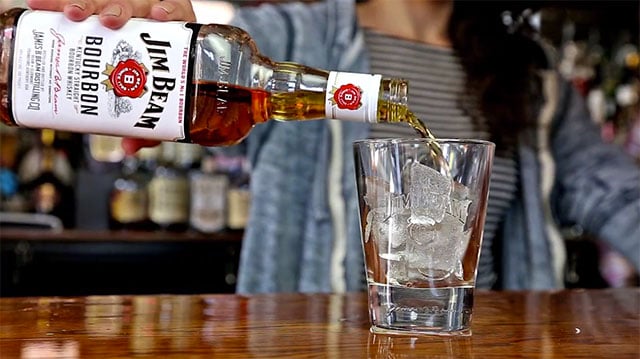 A couple of days ago, the bourbon whisky brand Jim Beam posted a video to its Facebook page to promote its popular spirit. It was a repeatedly looped clip of its bourbon being poured into a glass with the pouring slowed down for effect. “Everything looks better in slow motion,” the caption read.

Unfortunately for Jim Beam, whoever made the ad decided to simply slow down some ordinary footage. Instead of the smooth slow-motion you get when you film things with a high-speed camera, the “better-looking” “slow motion” just looked choppy, as if your computer were having trouble streaming the video.

Everything looks better in slow motion.

People immediately began leaving witty criticisms of the ad in the comments. Here’s a sampling:

“Except for when you’re filming in such a low FPS that it jumps around. Try 120fps next time and it actually will look good. That was just awful.”

“Except this… Fire your creative director… Lol”

“Should say everything looks different in stop motion”

“I think my iPhone shoots better slow motion than that”

It wasn’t all bad news for Jim Beam, though: The ad did get 2,000+ likes and 290+ shares and generate some discussion, so it seems like the ad did accomplish at least some of its purpose.