Not everything looks better in slow motion, but a whole lot of things do. Case-in-point, check out this behind the scenes video that shows a high speed robotic arm being used to capture slow motion footage, and then shows you the sweet results. (Warning: There is very brief nudity around 1:40).

The video was released back in January of 2015 by Love High Speed camera rentals, Stiller Studios, and Mr. Moco Rentals. Together, they put together a showreel of slow motion shots captured with a Bolt High Speed Cinebot holding a Phantom Flex 4K camera shooting at 1,000fps. 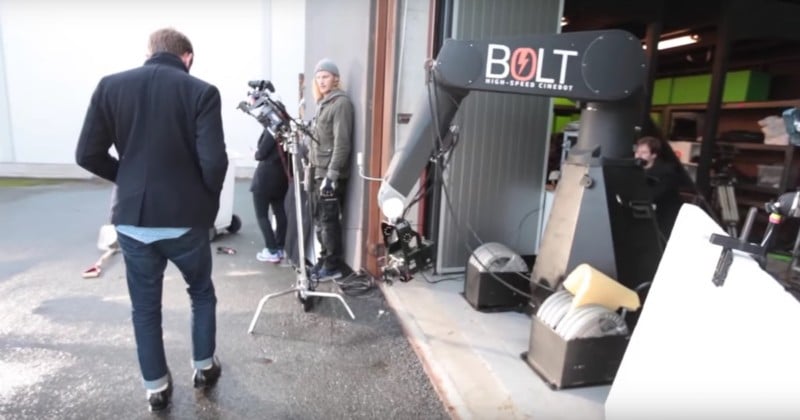 The full showreel (NSFW link) shows just the high speed shots, but this behind the scenes video shows you a regular speed video of the robotic arm in action first. And if you go by this standard, then yes… everything looks better in slow motion.