The 3.5-minute music video above was captured in a span of 5 seconds. French filmmaker Guillaume Panariello tells us he did this “shortest shoot ever” using a Phantom 4K camera snapping 1000 frames per second. When slowed down, those 5 seconds of real time turn into three-and-a-half minutes of slow-mo craziness. The song is “Unconditional Rebel” by Siska.

The video does contain some computer generated special effects, but most of what you see is an actual single-take slow-motion video. 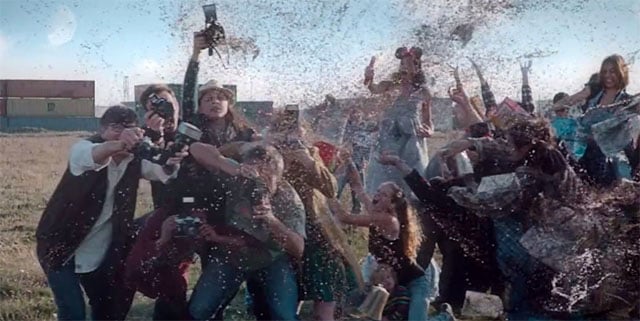 Panariello tells us the shoot happened on November 3rd, 2014 at La Plaine de la Crau, a vast expanse of grass, gravel and pebbles in France.

80 extras were strategically placed along an 80-meter stretch of road near an industrial area, and Panariello pointed a Phantom camera out of a car being driven across the scene at 50km/h (~31mph). What resulted was the “living and dreamlike mural” seen in the video above.

P.S. Last year we shared a similar project by photographer Adam Magyar, who captured some fascinating slow motion footage from a train while pulling into major subway stations in New York City, Berlin, and Tokyo.

Imgur Does Away with Pro Membership, Now Offers Free and Unlimited Photo Storage for All