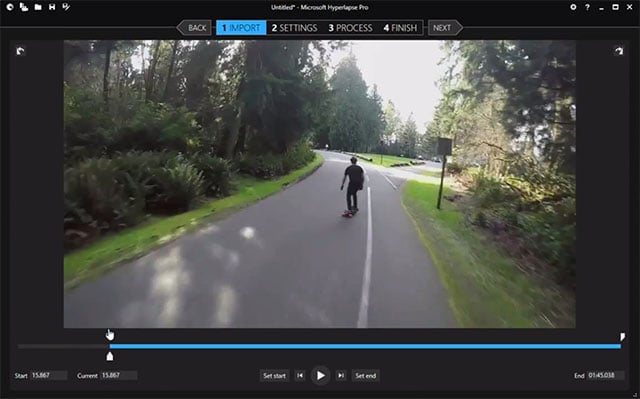 Back in August 2014, we reported that Microsoft was working on some game-changing software that would magically transform first-person videos into stabilized “hyperlapses.” Today, the company officially launched that software, called Hyperlapse, for Windows, Windows Phone, and Android.

The software makes creating a hyperlapse as easy as recording video and inputting it into a program. Microsoft’s special computer vision technology will help smooth out your bumpy footage, speed past the “long boring parts,” and spit out a nicely edited hyperlapse for you to enjoy.

Users can specify a speedup of 2x up to 25x, and the final video can be in different resolutions and framerates. The program is also designed for the general public — a step-by-step interface will guide you through the hyperlapse creation process.

Here are some sample videos showing what Hyperlapse can do for footage:

You can download Microsoft Hyperlapse for yourself for free for Android, as a free Pro preview for Windows, and as a free trial for Microsoft Azure.