Hyperlapse photography involves shooting a series of photographs over large distances and then stringing the photos together into a time-lapse video that zooms the viewer through the locations. Creating a real hyperlapse involves quite a bit of work, so the folks over at Teehan+Lax Labs decided to go virtual by turning to Google Street View to source the necessary photos.

The gorgeous hyperlapse video above was created entirely using Google Street View photos, and shows the locations visited by the Street View camera van in a way that’s very different from what you see through your browser.

That’s not all, though. In addition to creating the video above, the team actually developed a web app that can let you easily make your own!

It’s called Google Street View Hyperlapse. All you need to do is pick two points on a map using an “A” and “B” marker. 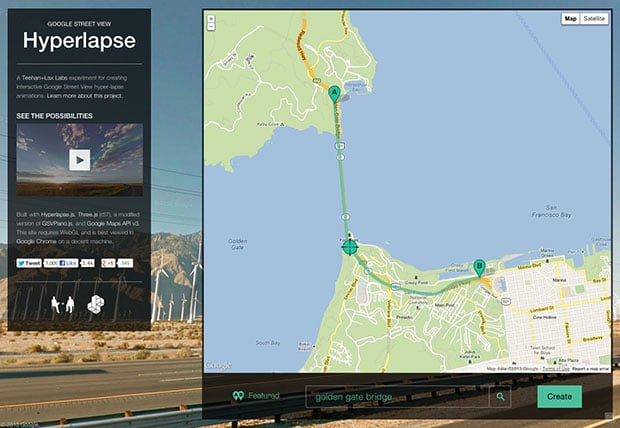 Once you have the start and end points selected, simply hit the “Create” button to have your hyperlapse video generated! 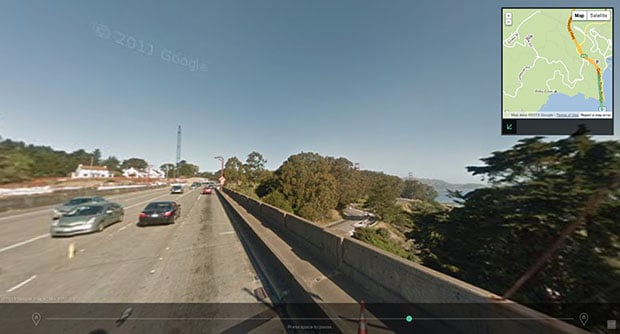 To keep the server load low (which lets more people enjoy the app), the team decided to limit the online generator to 60 frames per animation. However, if you’d like to play around with the app more seriously, they’ve actually open sourced the whole thing on GitHub. As long as you’re a bit handy with code, you’ll be able to play around with higher frame rates, better image quality, and even introduce fancy camera movements to your hyperlapse!