Photographer Ryan Chatfield was recently flying his camera drone over a beach when it unexpectedly ran out of battery power and began an automatic and uncontrolled descent. Seeing his drone falling slowly into the ocean, Chatfield sprinted across the beach, over some rocks, and managed to catch the drone at the last moment before it hit the surface of the water.

The photographer then had to protect the drone from the battering of waves before climbing back onto dry land. The whole thing was filmed quite gracefully by the drone’s onboard camera. 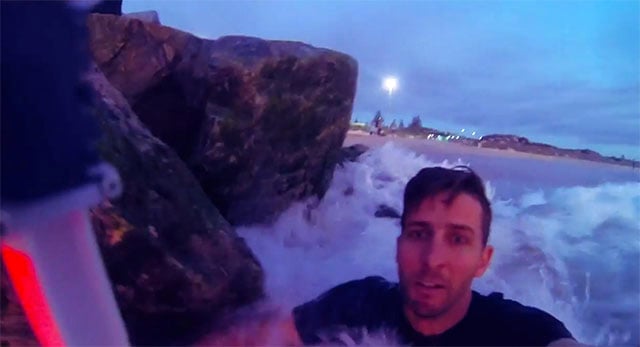 It was a “classic catch to save my drone from certain death,” Chatfield writes in his video’s description. The clip is reminiscent of Zwier Spanjer’s viral video of his first drone flight. Like Chatfield, Spanjer jumped into water and saved his drone at the last possible moment.