Photographer Christopher Schmidt was out flying his quadcopter at Magazine Beach Park in Cambridge, Massachusetts earlier this week when his humming drone drew some unwanted attention. No, not the police. Nor a neighbor with a shotgun. It was a hawk that wasn’t too happy with another flying “creature” invading its territory. 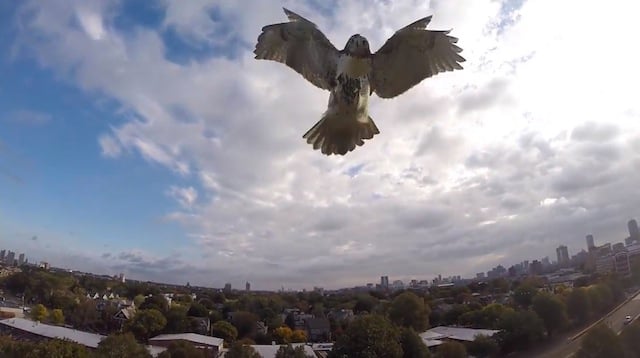 The 40 second video shows the quadcopter flying above a recreational soccer field when the hawk begins circling it — an inevitable sign that things were about to go down. At roughly the 16 second mark, the hawk makes a quick strike that brings down the drone.

Schmidt says in the video’s description that the hawk appeared to be unscathed after the incident, partly because Schmidt lowered the prop speed when he saw the hawk took interest. And despite having been knocked out of the air, the quadcopter came out undamaged as well.