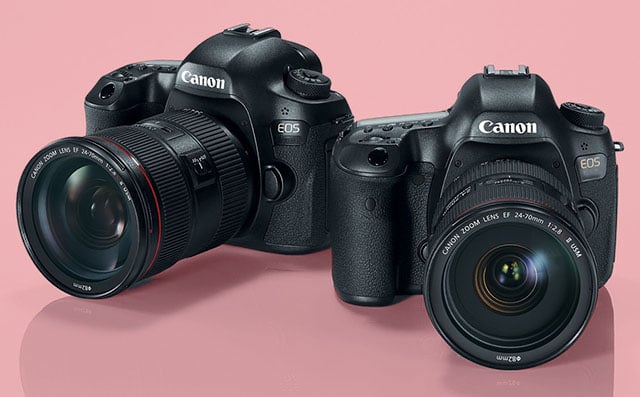 If new rumors in the camera world are to be believed, then Canon is planning to have four different camera models in its 5D lineup rather than three. The latest word is that Canon may announce the upcoming 5D Mark IV as two distinct DSLRs: the 5D Mark IV and the 5D Mark IVc (the “c” may stand for cinema).

Canon Watch first reported this rumor after receiving it as a tip from a trusted source that has been right in the past.

That’s the “big picture” aspect of the rumor. There are also specs being mentioned that may paint a clearer picture of what the two cameras will offer.

The 5D Mark IV, on the other hand, is said to be a 28MP camera with 12fps shooting, Dual Pixel AF III, advanced AF technology, anti-flicker technology, crop mode, and an ISO range of 100-204800.

Keep in mind that these rumors could be based on prototypes that Canon is working on or testing before making final decisions regarding what hits the market. “So the big question is if Canon will really make a 5D MkIVc beside the 5D MkIV,” Canon Watch tells us. “My guess is they will, though it may have a different moniker.”

Update: Andrew Reid over at EOSHD is hearing a conflicting report from a tipster, who wrote that the 5D Mark IV will be limited to shooting 1080p in Canon LOG to not overshadow Canon’s new cinema cameras.

[The source] was told the company believes a 4K 5D Mark IV would completely overshadow the recently released C100 Mark II and so wouldn’t happen, but that Canon LOG would likely go into the camera to allow shot-matching with the XC10.

So to segment specs based on price, Canon is allegedly sticking to 1080p on future DSLRs. The exception is the 4K XC10 which isn’t a competitor to the C100 Mark II or C300 Mark II as it features a tiny 1″ sensor and fixed camcorder-style zoom lens by comparison.

A Six-Hour Long-Exposure of the Celestial North Pole