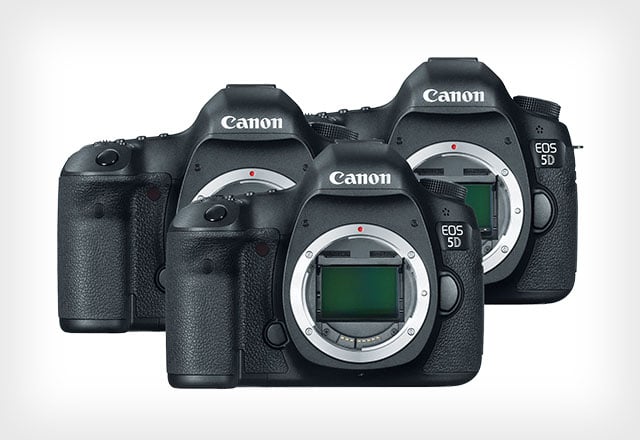 The Canon 5D Mark III was first announced back in March 2012, so it should be due for a replacement soon. There are some interesting new rumors swirling around regarding what that successor might look like. If they are accurate, then Canon may be planning not one, but three DSLRs as followups to the 5D Mark III.

The report comes from Canon Rumors, which is hearing from its sources that the next 5D will be offered in three different flavors.

Two of them will reportedly carry the name “EOS 5Ds” and feature 53 megapixel sensors — these would be the high megapixel Canon DSLRs that have been rumored for quite some time.

The difference between those two DSLRs would be that one packs an anti-aliasing filter to combat moire while the other eschews it in favor of sharpness.

A third camera would reportedly be called the “5D Mark IV” and would be a more standard upgrade to the Mark III. It may feature a lower megapixel count for photographers who don’t have a need or desire to join the megapixel war.

“If this [information] is true, I don’t believe all 3 cameras would come at the same time,” Canon Rumors writes. They’re also saying that there doesn’t seem to be any murmuring of Canon’s 1D line joining the megapixel war.