Update: Oops. It turns out the camera was already named and shown by Canon last month. Please see the update below. 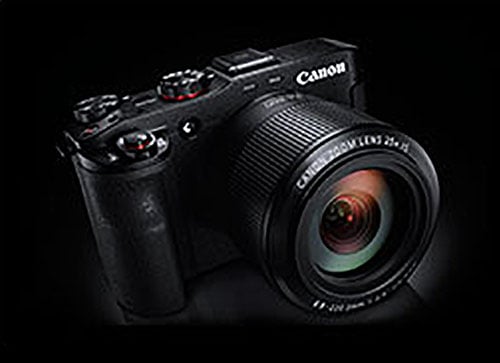 CES 2015 came and went, and there is still no mention of the large-sensor, large-lens PowerShot camera that Canon started teasing late last year. However, a new photo put up on Canon Netherlands’ PowerShot page appears to show a camera that doesn’t officially exist yet — could this be a first glimpse of the upcoming PowerShot for pros?

As a refresher, in September 2014, Canon sent out a press release that announced the development of a new PowerShot camera. It said:

Canon is developing a new premium digital compact camera that combines the merits of both large image sensor and high-magnification optical zoom lens in response to the demands from users looking for high quality high zoom performance. Offering both convenience from a compact body and excellent super telephoto performance, this camera is perfect for everyday or travel shooting in high quality.

Then, in October 2014, Canon put out a video about its PowerShot cameras that mentioned an upcoming PowerShot with a larger sensor and a more powerful zoom range. 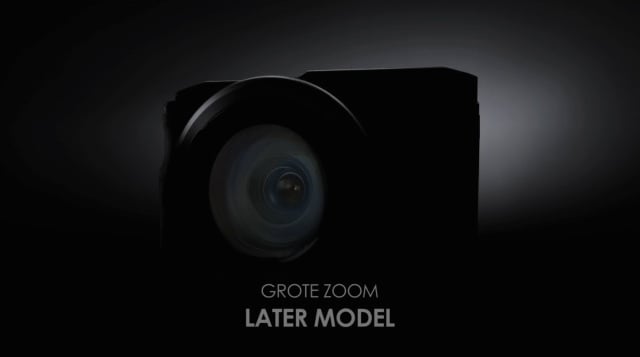 The camera in the teaser was blacked out, and not much was known besides the two details that were mentioned.

Today, a reader informed us (thanks!) of a new image on Canon Netherlands’ website. The image shows a Canon G7X, G1X II, and a third mysterious model that doesn’t look like anything in Canon’s current lineup. It appears to have a DSLR-style grip, a hot shoe, two dials on top, red accent rings on the dials, and a sizable image stabilized zoom lens on the front.

Here’s an enlarged crop for a better look:

The shape of the camera looks just like the silhouette of the camera that Canon has been teasing, which suggests that it may be an early first look at what may soon be officially announced.

Update: As some commenters have helpfully pointed out, the camera in the photo is the Canon G3 X, which Canon announced the development of back in February (somehow we missed this one). It will pack a 1-inch sensor and a 25x zoom lens. 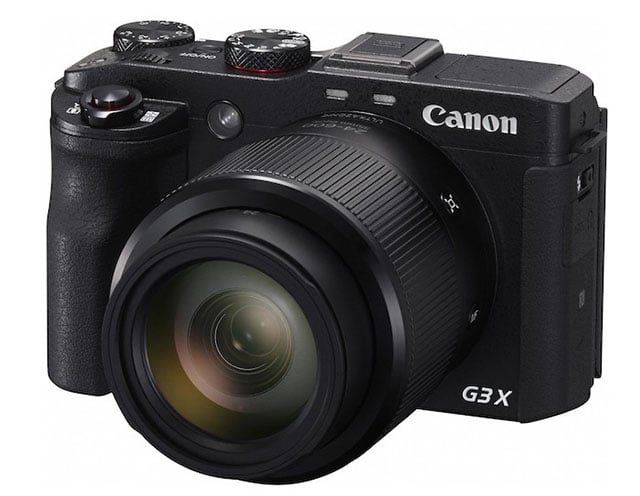 We apologize for this non-story.