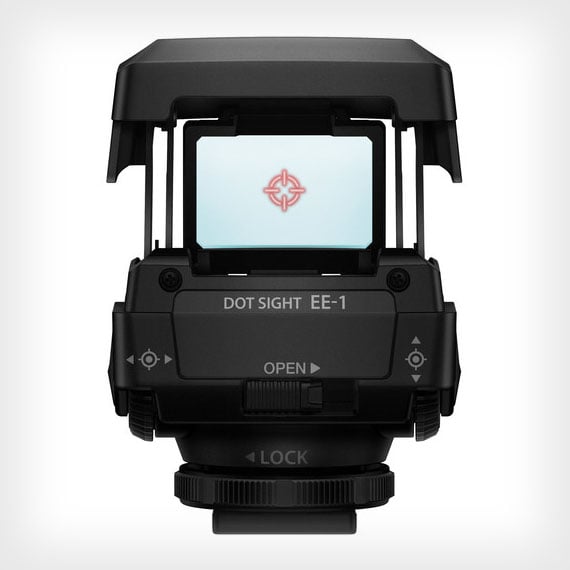 Olympus had some pretty big camera announcements today, unveiling the E-M5 II and the Air. Lost amidst the hoopla was a small new accessory called the EE-1. It’s a red dot sight hotshoe attachment that helps you aim your camera at hard-to-track subjects.

The accessory is basically a standalone version of the dot sight included in the Stylus SP-100 super zoom, which was announced back in January 2014. The sight in that camera was conveniently tucked between the pop-up flash and the camera body: 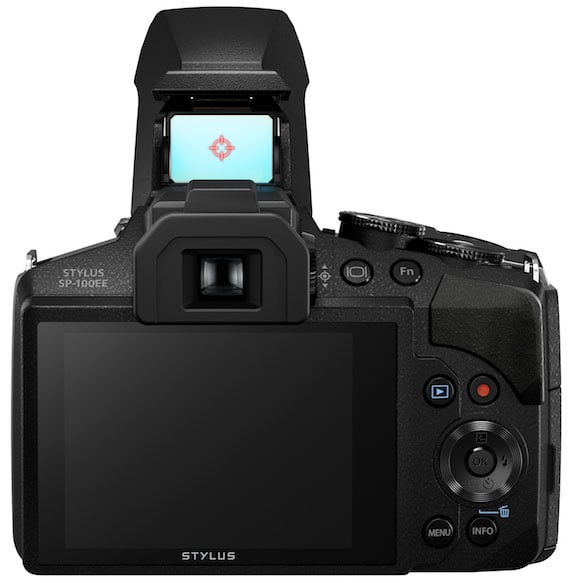 The EE-1 brings this same feature to the new E-M5 II mirrorless camera and the Stylus 1 bridge camera. Here’s what the E-M5 II looks like with the EE-1 attached: 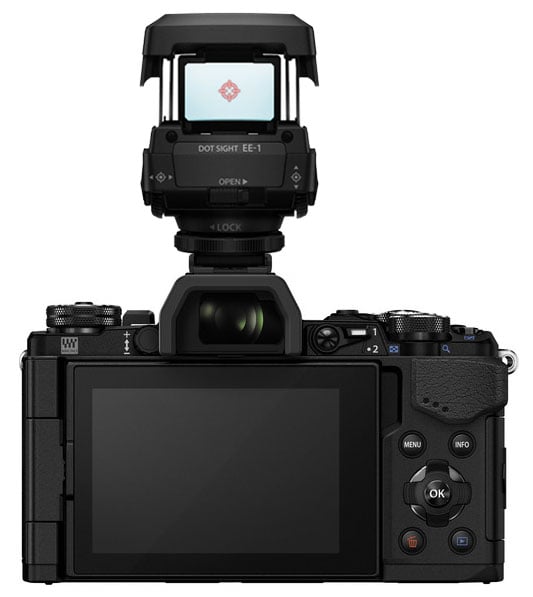 By looking at the real world through the dot sight instead of the viewfinder, photographers can place the dot on their moving (or distant) subject in order to track them. This type of thing is particularly useful for applications such as wildlife photography, where keeping a far-away animal in the viewfinder can be tricky.

The dustproof and splashproof sight is battery powered and features a center aiming dot that has adjustable brightness and position, allowing you to calibrate the sight to suit your own camera and needs. As long as it’s calibrated correctly, you’ll be able to keep your subject in the frame without having to look at your viewfinder or LCD screen.

Availability has not yet been announced, but the EE-1 will cost $129 when it does start hitting store shelves.

How I Made Myself a 16×20-inch Bellows Camera